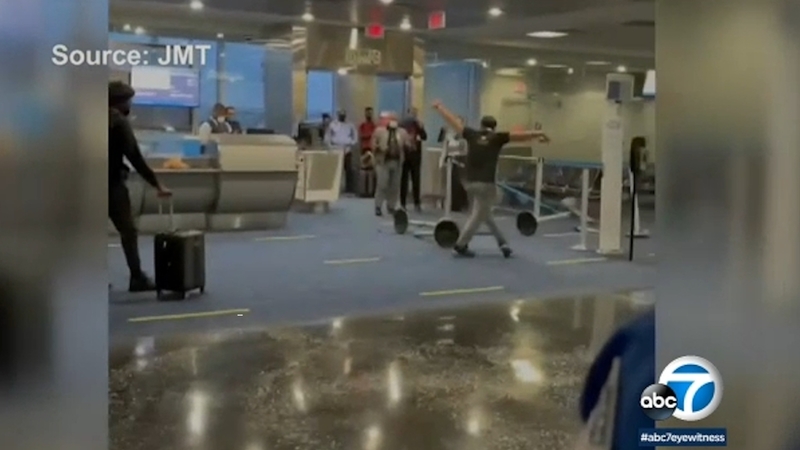 MIAMI, Fla. (KABC) -- A man was caught on video in a violent rampage at the Miami airport, throwing items, attacking employees and shouting racial slurs.

In the video, the man is seen shouting and gesturing wildly, throwing a punch at an airport employee, picking up a security post and then kicking a wet-floor sign.

Police say the incident started when the man first went into the women's bathroom and got into an altercation with his girlfriend.

He was denied boarding onto an American Airlines flight due to his aggressive behavior.

Airlines and airports have reported an increase in unruly and violent passengers in the past year, with the FAA imposing a record $1 million in fines in 2021.

The FAA and TSA are sounding the alarm on the rise of unruly passengers during flights.

Police took the man into custody.

Police later said the man was a military veteran who may have been experiencing mental health issues or a personal crisis. He was brought to a treatment center for evaluation.

Additional video and audio of the incident can be viewed here on Twitter. Warning: contains strong language and racial slurs.