Biden COVID adviser proposes US lockdown of 4 to 6 weeks 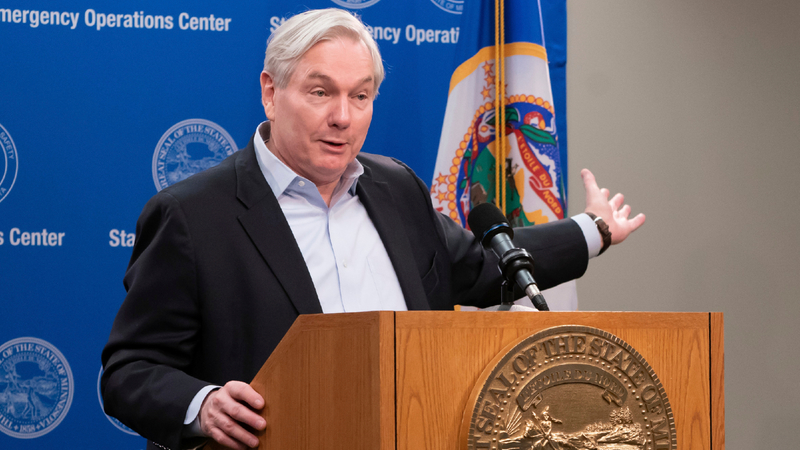 Biden COVID adviser proposes US lockdown of 4 to 6 weeks

As the United States surpasses a record for new COVID-19 infections and hospitalizations, one of President-elect Joe Biden's advisers has suggested a nationwide lockdown.

The U.S. has recorded over 240,000 deaths and more than 10.3 million confirmed infections, with new cases soaring to all-time highs of well over 120,000 per day over the past week.

Dr. Michael Osterholm, a coronavirus adviser to Biden, said the drastic move could help bring the pandemic under control in the United States and even revive the economy.

"We could lock down for four to six weeks, and if we did that, we could drive the numbers down," Osterholm said. "Then we could really watch ourselves cruising into the vaccine availability in the first and second quarter of next year, and bringing back the economy long before that."

Osterholm floated the idea during an on-camera interview with Yahoo Finance on Wednesday, adding people could be paid for lost wages while businesses are shut down.

"We could pay for a package right now to cover all of the wages, lost wages for individual workers, for losses to small companies, to medium-sized companies or city, state, county governments. We could do all of that," Osterholm said. "If we did that, then we could lock down for four to six weeks."

He said such a scenario could drive down infections and hospitalizations, "like they did in New Zealand and Australia."

Osterholm, director of the Center of Infectious Disease Research and Policy at the University of Minnesota, was named a member of Biden's transition COVID-19 advisory board on Monday. He previously served as a Science Envoy for Health Security on behalf of the U.S. Department of State from June 2018 to May 2019.

Experts say there is no need to stockpile as the supply chain has adjusted to accommodate for COVID-19.

During an exclusive interview with ABC News' David Muir earlier this year, then-Democratic presidential nominee Biden said he "would listen to the scientists" if a nationwide lockdown was recommended.

"I will be prepared to do whatever it takes to save lives because we cannot get the country moving until we control the virus," Biden said.

However, Dr. Anthony Fauci says he doesn't believe the United States will need to go into lockdown to fight the coronavirus if people double down on wearing masks and social distancing.

The nation's top infectious disease expert says "the cavalry is coming" in the form of vaccines. He says, "Help is really on the way."

RELATED: Dr. Fauci's hopeful message to those with COVID-19 fatigue: 'Help is really on the way'

Fauci told ABC's "Good Morning America" on Thursday that vaccines being developed "are going to have a major positive impact" once they start being deployed in December and early into next year. He says he hopes by April, May and June "the ordinary citizen should be able to get" a vaccine.

In the meantime, Fauci says there are fundamental things Americans can do to stem the spread of the deadly virus. They include "universal and uniform" wearing of masks, avoiding crowds, keeping social distance and washing hands. He says that sounds simple against a very difficult challenge but "it really does make a difference."

Fauci's message echoes that of President-elect Joe Biden, who this week signaled strongly that fighting the raging pandemic will be the immediate priority of his new administration.