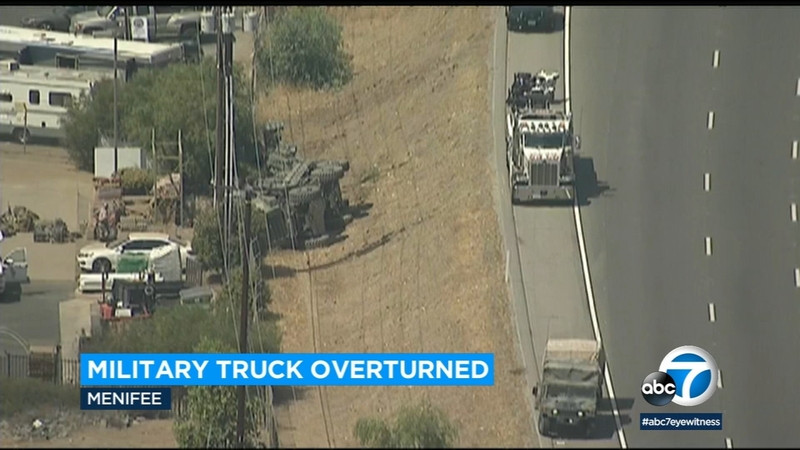 The crash was reported shortly after 12:30 p.m. near McCall Boulevard, where a military six-wheeler that was part of a convoy veered off the right shoulder of the interstate and rolled onto its side. The truck was towing a large trailer at the time of the incident.

The number of personnel in the vehicle was unclear, the California Highway Patrol said. Authorities did not say which military branch was involved in the collision, or if any of the injured were civilians.

Personnel from other vehicles in the convoy immediately pulled over to help, and Riverside County Fire Department firefighter-paramedics responded to the scene.

Five patients were transported to a hospital, according to Cal Fire. Two were moderately injured while the three others sustained minor injuries.

One southbound lane was closed as an investigation got underway.