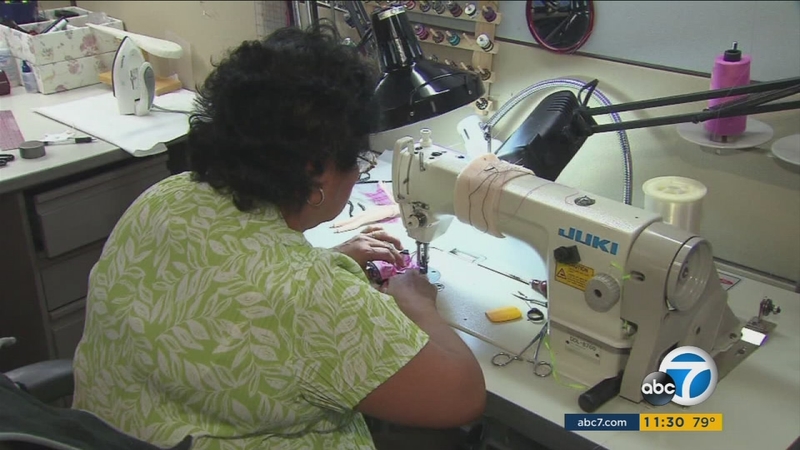 LOS ANGELES (KABC) -- Thousands of workers in the Los Angeles area are getting a raise on Friday with the higher minimum wage going into effect.

Employees who work at businesses with more than 25 workers will see their pay increase from the state-mandated $10 to $10.50 per hour.

Minimum wage will eventually increase to $15 per hour by 2021.

The hikes are taking place in Los Angeles as well as a few other nearby cities, including Santa Monica, Pasadena and unincorporated areas of Los Angeles County.

Hundreds of workers marched through the streets of downtown Los Angeles as part of a nationwide protest calling for a $15 minimum wage and a union.

Also going into effect is a provision of the minimum wage law that requires employers with more than 25 workers to offer at least six days of paid sick leave. This goes beyond the three days currently required under state law.

Smaller businesses have an extra year to implement both provisions.

Mayor Eric Garcetti said it's all in an effort to increase prosperity for Angelenos.

"Today we improve the quality of life for 600,000 low-wage workers and invest in our economy at the same time," Garcetti said.

"The impact that this will have comes also from my story. My parents not having enough to put on the table, sometimes them having to take away their food to give to us," Villanueva said.

Villanueva said the new increase means he won't have to choose between having gas in his car and food on the table.

"I'd go to my room and watch them eat. It wasn't easy, but I'm grateful for everything," Villanueva said.

While this new change has been long awaited for some, not everyone is on board. Some business owners feel this will hurt their bottom line and force them to shut down.

Bill Dombrowski, president and CEO of the California Retailers Association, released the following statement in March:

"A dramatic wage increase to $15 will force many retailers to make tough decisions between reducing employee hours, eliminating jobs, reducing employee benefits, raising prices or all together closing their doors."

When asked how employers will handle these wage increases, Garcetti said the increase not only helps the worker, but it will also help stimulate the economy.

"When people live in poverty, we pay for it eventually. We pay for it by having to build more emergency in public hospitals. We pay for it when we have to put more into food stamps, but when people can support themselves, we know that has a relief on all of our taxes," Garcetti explained.

The Valley Industry and Commerce Association said it'll begin holding workshops this month to help business owners get up to speed with the implementation of the new rules.