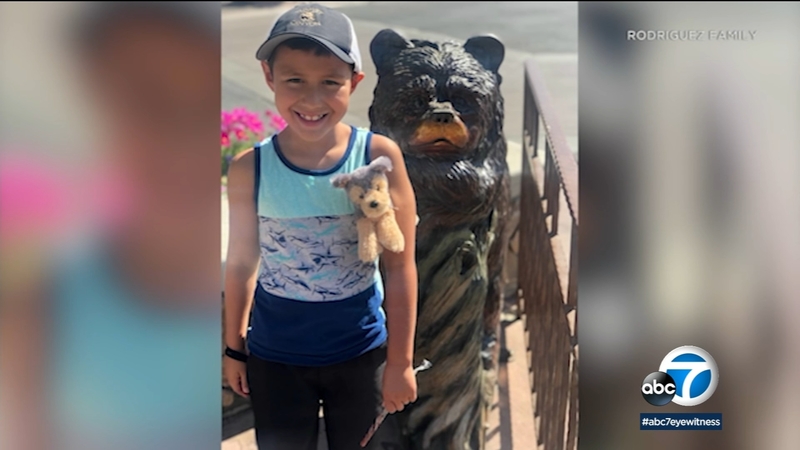 The family of a Southern California child who became seriously ill from complications linked to COVID-19 are sharing their story after their quick actions may have saved their young son's life, and they hope to raise awareness to other parents about what to do if their child becomes sick.

His frantic parents were perplexed because they both recovered from being stricken with COVID-19 and even though they say Anthony tested positive for the virus, they thought he had recovered from mild symptoms of the disease. That is until he came down with a stubborn fever soon after.

"He was still continuing to be sick with a fever," said Anthony Rodriguez, the boy's father. "He was really sluggish and sleeping all day."

Rodriguez says it took his wife researching what could be wrong with their son to discover MIS-C, or multisystem inflammatory syndrome in children, a rare illness primarily affecting children.

A 15-year-old Simi Valley boy has died of MIS-C, an illness linked to the coronavirus.

It's been linked to cases of children recovering from COVID-19.

Rodriguez says getting their son to the medical center was a lifesaver. Doctors there quickly pinpointed the problem and provided treatment.

"From the blood tests they were able to see that his organs were inflamed and also his heart, they were able to see he was having heart failure," the boy's father said. "The word they told us was that his body was in septic shock."
"It's not known why it's more prevalent in children," said pediatrician Dr. Richard Kang. "It's just very similar to two diseases that happen in children - one is Kawasaki syndrome, which is inflammation of the vessels, just like what happens in MIS-C, and also toxic shock syndrome.

"It's a very rare disease. There's probably less than 100 cases here in L.A."

Kang says early detection is key so parents need to look out for symptoms such as swollen hands and feet, redness in the eyes, chest pain and fatigue.

"It's really treatable so if parents see the signs of this in their children early on, just take them in," said Rodriguez.

"The reason why we want this out there is so other families don't have to go through what we went through," said Rita Prieto, the boy's grandmother.