Veronika Didusenko told ABC7 her heart is with the women back home in Ukraine fighting for survival.
KABC
By Josh Haskell 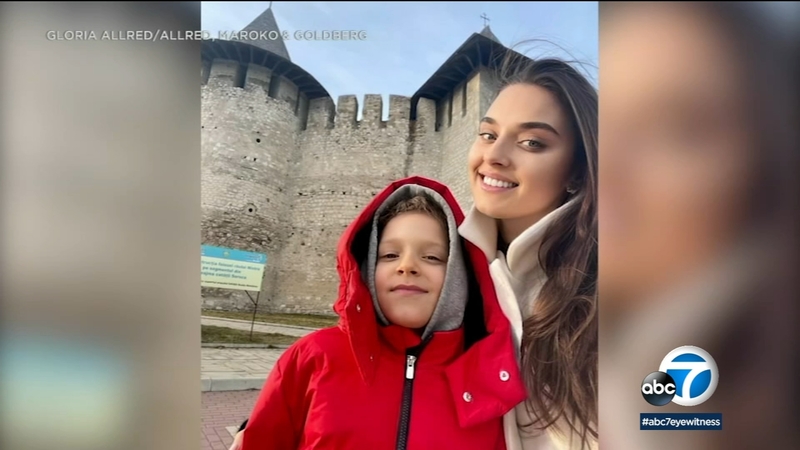 LOS ANGELES (KABC) -- Back on Feb. 24, the 2018 winner of the Miss Ukraine pageant Veronika Didusenko and her 7-year-old son were woken up in the middle of the night in their Kyiv home by the sound of Russian bombs.

"In between raids, we, along with tens of thousands of other families, tried to get out of the city," she said. "Thousands of cars formed a traffic jam on the highway on the way out of Kyiv for many hours."

They were the lucky ones. She and her son were able to flee Ukraine and travel to Switzerland to stay with friends.

On International Women's Day, Didusenko told ABC7 her heart is with the women back home in Ukraine fighting for survival.

With hundreds of thousands of Ukrainians turned refugees in less than a week, many around the world are wondering how to help amid the onslaught.

"Right now, millions of Ukrainian children and their mothers are trembling at every sound in the subway stations and bomb shelters," said Didusenko. "Even more heartbreaking that women are giving birth in such conditions in the shelters."

Didusenko traveled to Los Angeles on Wednesday to raise awareness of what Russian President Vladimir Vladimirovich Putin is doing to Ukranian women.

She was joined by attorney and women's rights activist Gloria Allred.

Didusenko's son is still in Switzerland because he doesn't have a visa to travel to the U.S., but the former Miss Ukraine hopes soon, they can start a new life without the fear of war.