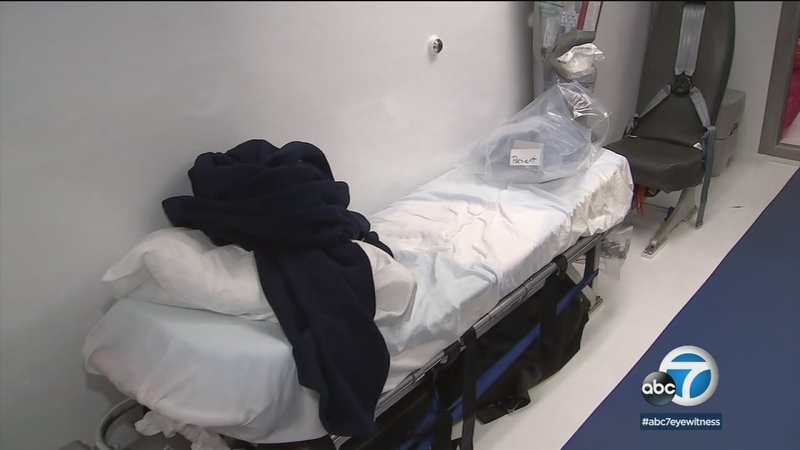 LOS ANGELES (KABC) -- A mock medical emergency took place at Los Angeles International Airport Wednesday as part of a readiness training to deal with a deadly disease on a flight.

A specialized 747-400 arrived from Washington carrying two mock Ebola patients as part of the training.

"It's really an exercise for HHS to see what is the domestic response to a highly contagious disease," said Vance Ferebee, an onboard nurse.

During the Ebola outbreak in West Africa in 2014, patients were transported by plane, which is not an easy task.

"To be able to watch them deplane the patients and get them into the ambulances. All of the things, in real time, watching it all unfold, is really helpful," said Stella Fogleman, director of emergency response L.A. County Public Health.

Without that amount of precaution, air travel by someone with a contagious disease could turn into a widespread disaster in the country which has only been depicted in movies.

Movies such as "Contagion," "Outbreak" and "12 Monkeys" highlight an outcome everyone at LAX is looking to avoid.

"This is a nationwide capability that we're trying to explore. There are many partner airports that need to go through the same exercise," said Edward Bushman, director of emergency management at L.A. World Airports.

The goal is to make sure all of the appropriate airports are prepared like LAX is. A lot of work went into the mock situation, with ambulances that contained separate air compartments for the driver and the cabin had UV lights to kill germs.