Mama bear and cub make themselves at home under Monrovia house 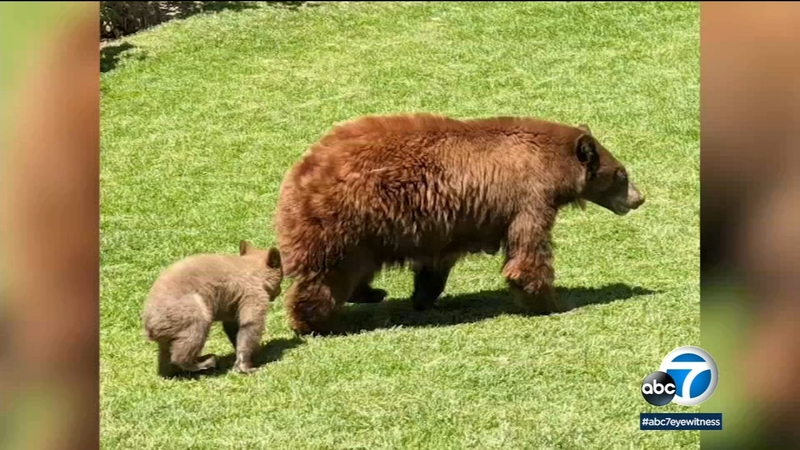 MONROVIA, Calif. (KABC) -- A pair of unwanted tenants, a mama bear and her cub, are making themselves at home at a Monrovia house.

Jerry Shutman has a bear of a tale brewing under his Monrovia home. A mama bear and her cub are frequent visitors to his yard, but their behavior beneath his house has him concerned.

"They were pulling the plants out and taking them under the house carrying them over to the far side. My guess is they were building a nest, cause I thought maybe she was going to have a baby," Shutman said.

He says she spent most of the last two days tucked away in his crawl space. His pup Lula kept track of the visitors' every move.

A pair of cubs snuck into a woman's car in Sierra Madre and ripped it to shreds.

"You can hear her scraping and banging around. I know they are tearing up the insulation and may be damaging some electrical wire. That's the big concern I have," he said.

This isn't the first time the bear has hunkered down beneath his house, but he thought his efforts with a new cover and cinder blocks would keep her out.

"I built a new cover that fits snugly over the entry, and the bear is able to lift it out of the hole. Smart, smart animals," he added.

U.S. Fish and Wildlife Services told him there's little they can do unless there is an imminent danger.

The longtime foothill resident says he can barely wait to see what happens next.

"I think it's kind of exciting. I enjoy seeing them. I'm not too worried, they're not aggressive. I try to be careful. If she has cubs, I won't interfere with her," Shutman said.