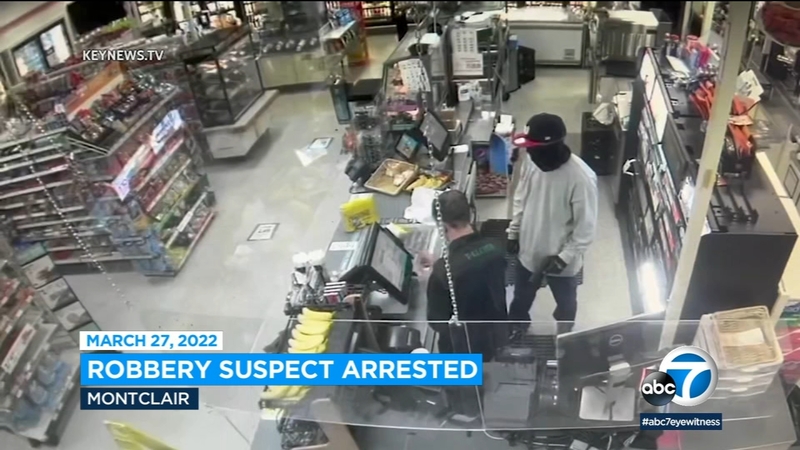 Police say Giovannie Ramirez is the man captured on surveillance video attacking the employee the night of March 24 at the Montclair convenience store located at 4500 Holt Avenue.

The footage shows the suspect entering the store, walking behind the counter and pointing a black semiautomatic gun at the cashier. The robber then demands the clerk open the cash register.

The employee was unable to open the register, investigators said. The suspect then took an undisclosed amount of cash from the clerk's hand and struck him in the back of the head with the gun.

A search is underway for an armed robber who struck a cashier with a handgun during a robbery at a 7-Eleven in Montclair.

The cashier hit his head on the counter and fell to the ground as the robber fled on foot.

Ramirez, who police say was on parole, is linked to multiple armed robberies in multiple cities. Further details were not provided.

Ramirez was arrested Tuesday on suspicion of robbery, assault with a firearm and for violating felony parole, according to booking information. He is being held without bail for the parole violation.