Montebello school district board votes to lay off 333 employees 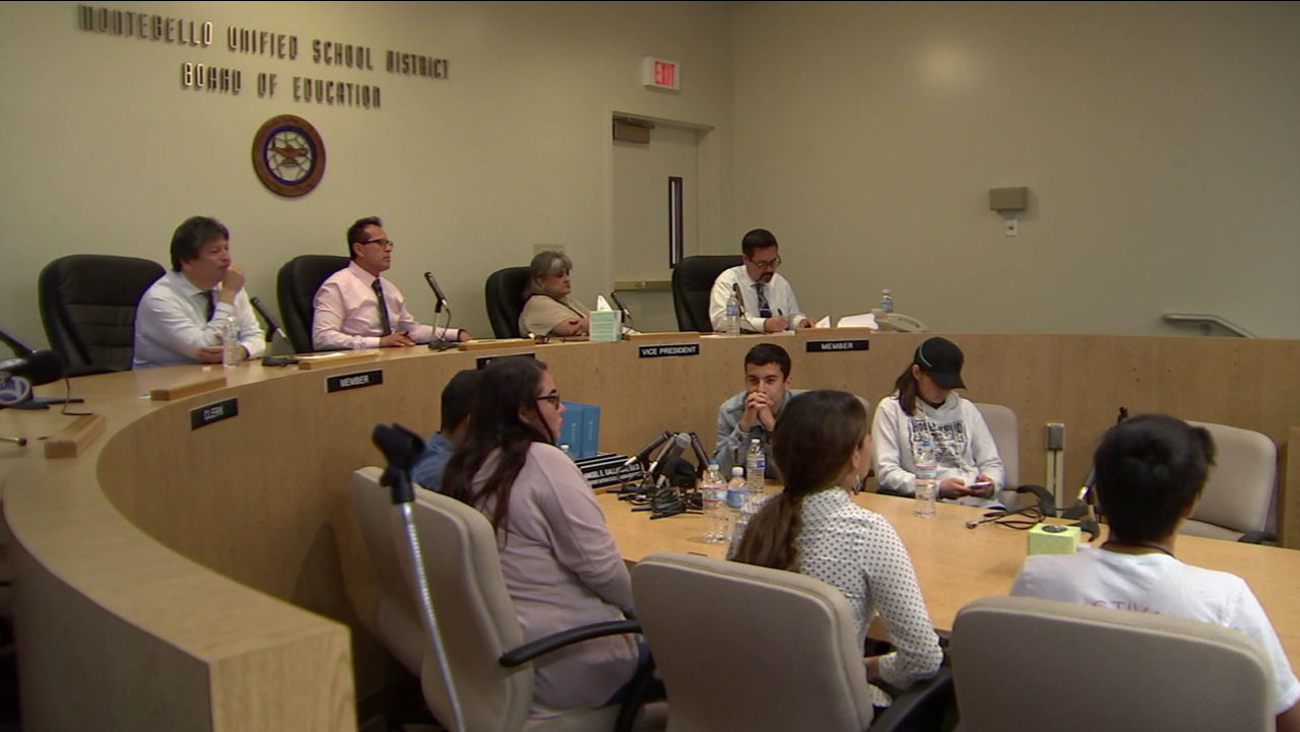 Board members of the Montebello Unified School District are shown in a file photo. (KABC)

The number is lower than the estimated 468 initial layoffs the district was considering. Those layoffs caused students and parents to walkout and protest in front of the district's headquarters on March 2.

Students were upset because most of the positions up for elimination were teachers.

According to the district, 235 of the 333 positions on the chopping block are a combination of probationary teachers and teaching staff. As for the rest of the positions, they include janitors, secretaries, electricians and administrative staff.

All of those employees must be notified by Wednesday. The board said in a statement that it would continue to try and find more money to keep some of the positions and that the layoff would occur at the end of the year.

District employees said the reason for the board's decision involved a $17 million budget cut from the Los Angeles County Board of Education. In addition, the cost of salaries and benefits were part of the budget problem.

Ninety-three percent of the district's budget is dedicated to salary and benefits, according to district officials, compared to 87 percent in other school districts.

"Rather than curtailing our spending levels, previous Boards and administrations chose to dip into our budget reserves to the point that the District now finds itself on the edge of insolvency if drastic action is not taken," a statement from the district said, in part.

The district may soon be under a forensic audit conducted by the Office of the State Auditor. The audit comes after district employees and community members have accused the entity of corruption.

Three California legislature members sent a letter to the district earlier in the month informing them of an audit request of the district.

On March 6, the district released a statement accepting the legislators offer.

"The action follows the Board's approval to seek a forensic audit in response to accusations by District employees, parents and other stakeholders of budget irregularities and possible fraud, abuse and inappropriate spending," the statement said, in part.

The corruption claims stem from the hiring of Ruben Rojas as the district's chief business officer and the layoffs.

In January, Rojas was hired as the business officer by then-Superintendent Susanna Contreras Smith. Former district employees told the Whittier Daily News that Smith worked around the normal hiring process to give Rojas the job.