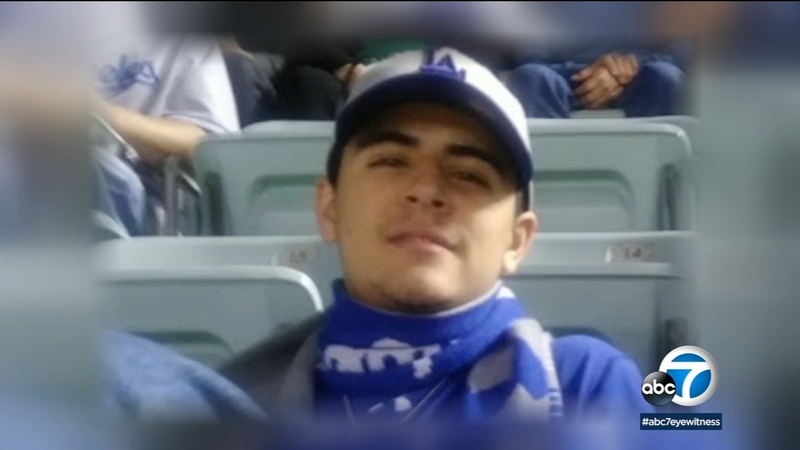 The incident occurred at about 1:20 a.m. near Neighborhood Market, a small store on the corner of Avenue 43 and North Griffin Avenue.

According to Los Angeles Police Department investigators, the victims were standing outside the market when the shooter opened fire. The number of gunshots was unclear, but more than a dozen evidence markers were later seen on the sidewalk and in the street.

One man was pronounced dead at the scene, while paramedics rushed two others to a hospital, police said. One of the survivors suffered a graze wound to his head; the other was shot in the chest.

The deceased man's mother identified him as Victor, declining to give his last name. She said she last heard from her son Friday evening, and he told her he loved her.

She described Victor as the youngest of three children, adding that he lived with her and was about to start a new job as a security guard.

Investigators were seen examining a Volkswagen Jetta at the crime scene before the car was taken away by an LAPD tow truck. The connection between the vehicle and the shooting was unclear.