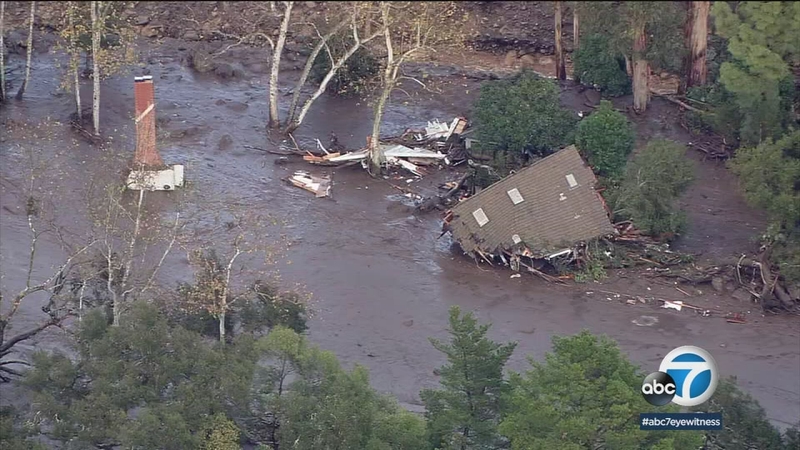 MONTECITO, Calif. (KABC) -- More than two weeks after the deadly Montecito mudslides ravaged the community, some of the 911 calls were released.

A frightened resident rushed to evacuate his family after seeing the danger right outside his door. Mud and debris flowed toward his home.

Montecito fire officials released the chilling 911 calls they received in the morning hours of Jan. 9, when mudslides sent boulders and debris barreling into homes.

Vehicles were swept away and dozens of homes were destroyed or damaged. Many residents were left trapped in their residence.

Dispatchers took numerous calls from frantic relatives of residents - some coming from other states.