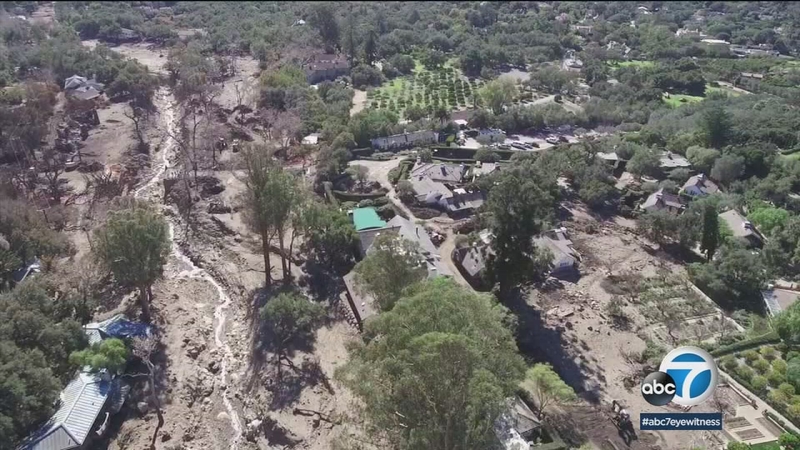 Dashcam video from the California Highway Patrol shows mud and debris rushing down a street. For 15 seconds, according to the video, the CHP cruiser was being washed away until the officers were able to safely drive off.

For 84-year-old Virginia Hunter - who said she's lived in the area her entire life - her home was mostly spared. She said she's returning to her neighborhood with a heavy heart.

"What goes through my heart are the eight people who died across the street because they couldn't get out. The water was so forceful that during the night they must have been sound asleep and they probably drowned," she said.

She added it will cost her around $500,000 dollars to repair the damage done to her home once she can get workers up there. She, like many of her neighbors, is determined to rebuild.

The Santa Barbara County Sheriff's Department is coordinating the effort to allow residents back up to their homes to assess their property.

Authorities also provided comfort as the devastation of what happened sinks in for residents who returned.

"We've been through a lot, and it's not over so this is just the first part. What we're all trying to do is just get through this together, really," spokesperson Kelly Hoover said.

Some utilities were also restored, such as electricity. As for water, that may take a few weeks.