Robin, the K-9 officer who was stung by a swarm of bees, went home from the animal hospital Sunday. Her life was saved thanks in part to Hemopet, a unique blood bank in Orange County that is saving dogs all over the world.

MONTEREY PARK, Calif. (KABC) -- When Robin, Monterey Park's newest K-9 officer, was injured last weekend in the line of duty, she was in bad shape.

Stung by a swarm of bees more than 50 times while pursuing a suspect, Robin's organs began shutting down. The 3-year-old Belgian Malinois needed a blood transfusion to save her life.

"She not only needed whole blood products, but she also needed some platelet products," said Dr. Jeff Patlogar of the Inland Valley Emergency Pet Clinic.

That's where Hemopet, a non-profit organization in Garden Grove, came to the rescue.

Hemopet opened back in 1990 and was a first of its kind.

Prior to that, Stalk says "the veterinarians would just use their own dogs, or the employees' dogs, neighbors, wherever they could get it."

Now, there are 200 donors at the ready, giving blood twice every month. Typically, Hemopet rescues between 20-24 dogs every two months and adopts out about the same amount, but between rescue and adoption, these dogs are lifesavers.

Hashtag is one of three dogs who donated blood to Robin. She may not know it, but she's a hero, saving the life of a police officer.

"We supply probably 40 percent of all the blood and plasma throughout the whole U.S.," Stalk said.

So if a dog anywhere in the country receives a blood donation there's a two-in-five chance it came from one of these greyhounds, a breed whose unique blood type makes most of them universal doggy donors. Their blood, however, reaches far beyond the borders of the U.S.

"Through Hemopet, we can now reach across the world and you get someone that emails you from Australia, Hong Kong, you know, Europe, over somewhere in Europe and they say, 'Hey, you know, we can't thank you enough for your donation, it saved our pet's life,'" Hemopet veterinarian Dr. Adam Lassin said. "I mean it's priceless, it's a good feeling."

Robin's veterinarians say she still has a lot of treatment left before she can return to active duty, but with the help of that plasma from Hemopet, she's on the road to recovery. 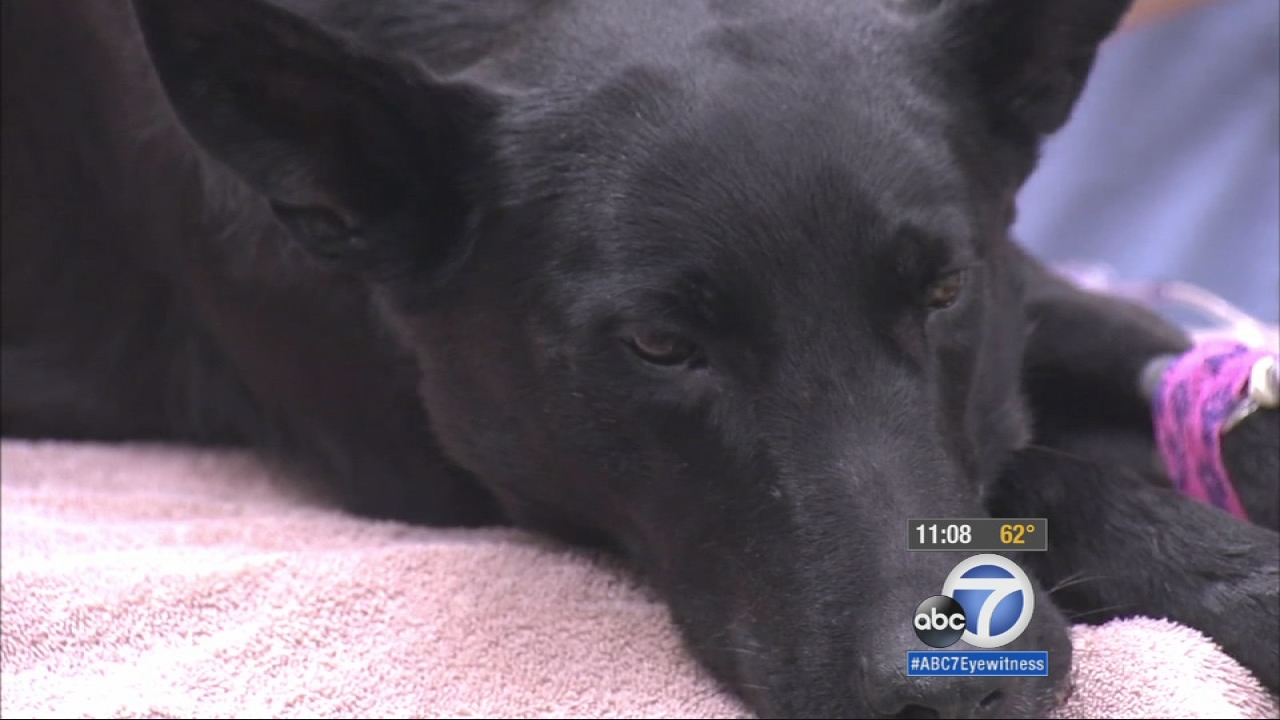