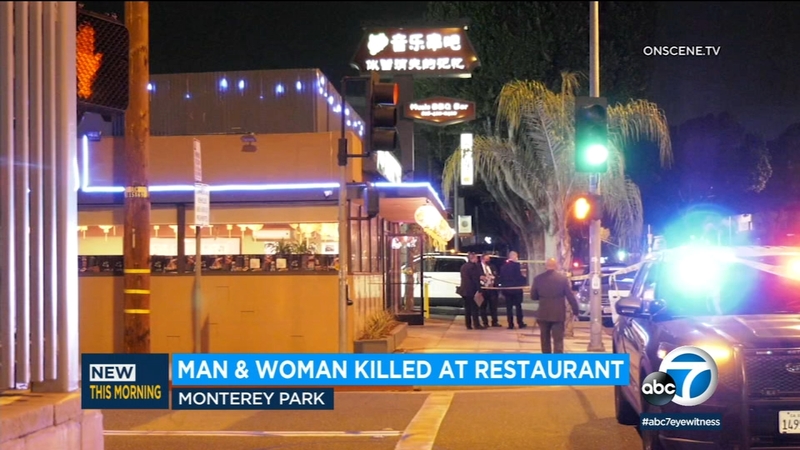 MONTEREY PARK, Calif. (KABC) -- A man and woman were killed in a shooting at an Asian restaurant in Monterey Park, and the suspected gunman was on the loose Tuesday morning, police said.

Monterey Park police officers responded about 6:30 p.m. Monday to a 911 call of a shooting in the 500 block of West Garvey Avenue, east of Atlantic Boulevard, where they found the victims, both of whom had sustained multiple gunshot wounds to the upper body and were pronounced dead at the scene, according to Deputy Tracy Koerner of the Los Angeles County Sheriff's Department, which was assisting Monterey Park police with the investigation.

Witnesses described the suspect as an Asian man in his late 30s or early 40s, and detectives believe the suspect knew and specifically targeted the victims, Koerner said, adding the shooting did not appear to be a random act of violence.

The ages and names of the victims, who were also identified as Asian, were not disclosed.

Anyone with information about the incident is encouraged to contact the Los Angeles County Sheriff's Department's Homicide Bureau at 323-890-5500.