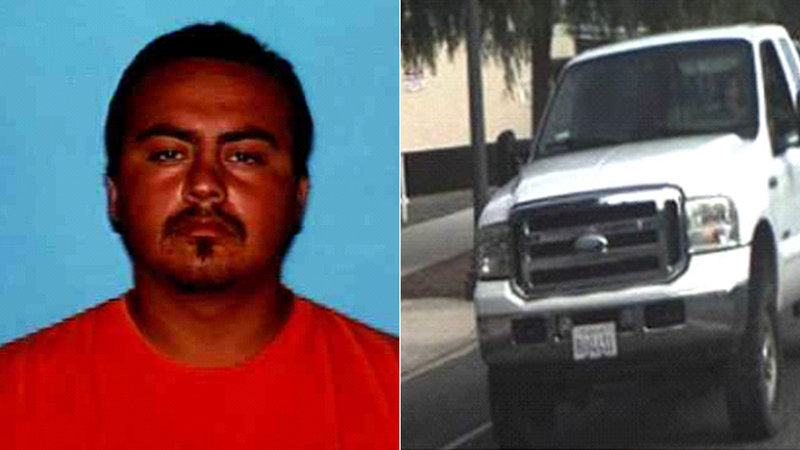 MOORPARK, Calif. (KABC) -- Investigators in Ventura County are searching for a man who is suspected of setting his wife on fire in front of their three young children.

Deputies and firefighters responded to the 11800 block of Broadway Road in an unincorporated area of Moorpark at about 3:55 a.m. Monday after a woman called 911 reporting that her husband tried to set her on fire.

She flagged down James Mireles and his partner, who were both on Broadway Road doing work for Edison.

"She was telling us that there was a fire and that she needs help," Mireles said. "As we got up closer to her, she was pretty badly burned."

Mireles says the 29-year-old woman told them her husband poured gasoline on her and lit her on fire in the bathroom of the home. The victim had burns to her hands, face and head, Mireles said.

The woman was rushed to an area hospital with significant injuries.

Mireles and his partner entered her home, concerned that it might have been on fire.

"I brought the hose around and started hosing down the kitchen, and that's when I saw a gas can in there. You could smell the gas," he said.

The children, all under the age of 7, were not harmed. Mireles says the children told him the parents had been arguing for hours before the incident occurred.

Becky Moore, a neighbor acquainted with the family, was shocked to hear the news.

"We see them driving by all the time on their four-wheeler and go-carts. They always seemed like a happy family. It's just really weird," she said.

Juan Hernandez Soria was identified as the suspect and has not yet been located. He was described as a Hispanic man, about 5 feet 7 inches tall, 200 pounds, with black hair, brown eyes and facial hair.

Hernandez Soria is considered armed and dangerous because he has access to handguns, said Ventura County Sheriff's Sgt. Denise Silva.

Authorities say Hernandez Soria is believed to be driving a white 2005 Ford F250 4x4, with California license plate 86644S1. The truck has a white toolbox, and there is a fuel tank in the truck bed.