Study: Your feelings about these brands are a good indicator of your party affiliation 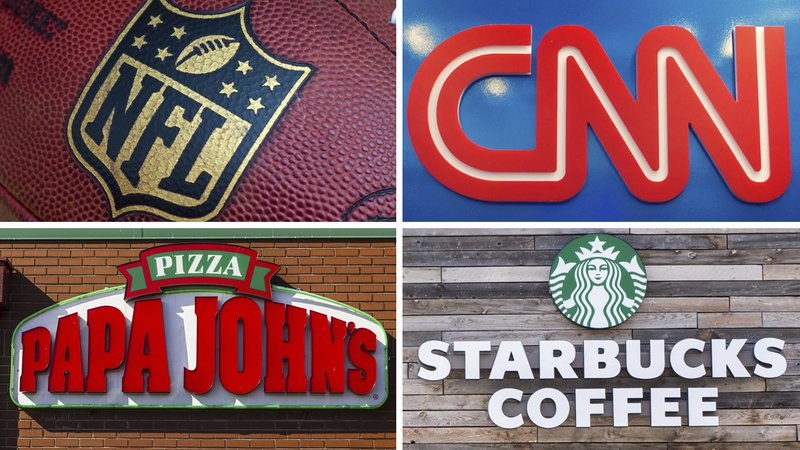 Your thoughts about these brands could indicate your party affiliation

In a world where politics increasingly seep into every aspect of our lives, the brands you favor could be a good indicator of your political affiliation, according to a new study.

Research firm Morning Consult surveyed more than 336,000 adults in the United States over a three-month period to determine which brands are the most politically polarizing. Trump Hotels (which skewed heavily Republican) topped the list of most polarizing brands, followed by 14 various media outlets like CNN, Fox News, NBC News, ABC News and CBS.

Non-media brands in the top 30 include Chick-fil-A, Bass Pro Shops, ExxonMobil, Koch Industries, Papa John's, Cabela's, Halliburton and NASCAR, which are all more favored by Republicans.

Many of the brands have, in one way or another, entered the national political dialogue in recent years, often regarding social issues. Chick-fil-A found itself embroiled in controversy in 2012 over then-COO Dan Cathy's comments opposing same-sex marriage, while the Koch brothers behind Koch Industries are known to donate heavily to Republican election campaigns. Former Papa John's CEO John Schnatter has more recently been vocal in his criticism of national anthem protests before NFL games.

On the other side of the political spectrum, the NBA, NFL and Starbucks skewed heavily favorably in the eyes of Democrats. Former Starbucks CEO Howard Schultz, a Democrat himself, has publicly supported progressive causes like same-sex marriage and free college, which he brought to Starbucks employees in 2014. The NBA, meanwhile, tends to pull higher ratings in Democrat-leaning markets, according to an analysis by FiveThirtyEight.

When it comes to unfavorable brands, Democrats and Republicans alike have an odd distaste for Diet Pepsi, Diet Mountain Dew and Red Bull. Trump Hotels topped the unfavorable list for Democrats, while the NFL led the pack for Republicans. It's worth noting that the survey period began in October 2017, when there was a resurgence of national anthem protests.