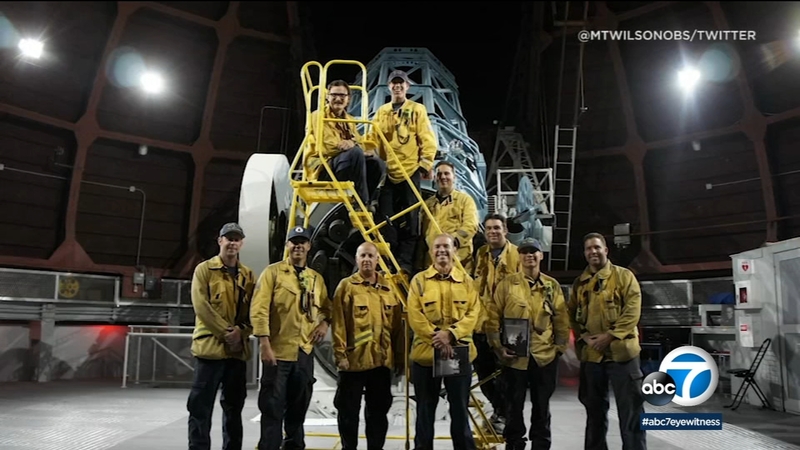 Mt. Wilson Observatory thanks firefighters who helped save it

MOUNT WILSON, Calif. (KABC) -- The firefighters that battled for days to save the famed Mount Wilson Observatory from the raging Bobcat Fire were treated to a view of the stars over the weekend.

The observatory hosted the crew from the Ventura County Fire Department at its large telescope, bestowing them breathtaking views of our solar system.

The area was finally sufficiently smoke-free to host firefighters from @VCFD at the 60" telescope. We're pleased that we could thank them in some small way by treating them to views of Jupiter, Saturn, Mars, the Moon and others. We plan to do this with another group tonight. pic.twitter.com/dPB4r2N152

Those at the observatory said it was just a small way to thank firefighters for their valiant efforts in repeatedly defending the historic site from the flames.

Firefighters described the work they did and said backfires were set while taking advantage of reduced winds, lower temperatures and higher humidity to carve out a containment line after flames came within 500 feet of the landmark.

As the Bobcat Fire inched closer to the Mount Wilson Observatory earlier this week, firefighters worked around the clock to protect the historic site.