Joseph Jimenez, 20, was booked on suspicion of murder, attempted murder and robbery. He is expected to be arraigned Friday.
KABC
By Rob McMillan 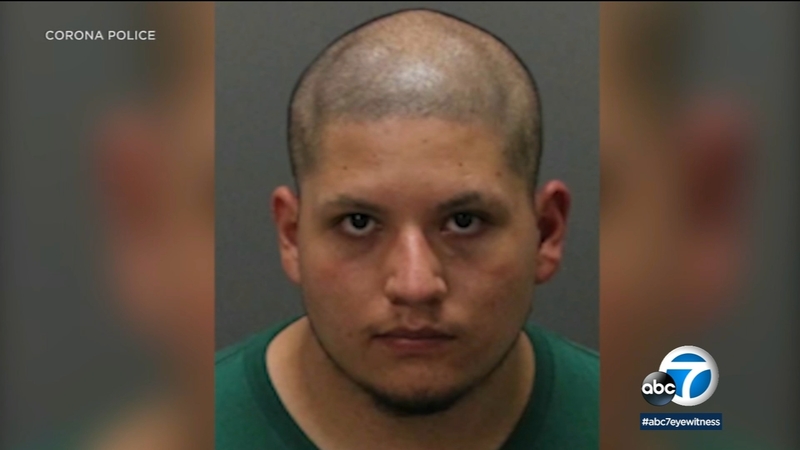 CORONA, Calif. (KABC) -- After a shooting at a Corona movie theater that left a woman dead and a well-known TikTok user in critical condition, police searched the suspect's home and found a firearm and a wallet belonging to one of the victims, authorities said.

"The firearm matched the caliber of the weapon used in the murder," the Corona Police Department said in a press release.

Rylee Goodrich, 18, and Anthony Barajas, 19, were at a showing of "The Forever Purge" at the theater on Monday when they were shot, police said. The teens are friends and went to watch the movie together, investigators. Theater staff found them with gunshot wounds after the movie.

Goodrich died at the scene, and Barajas remained on life support at a hospital on Thursday.

Joseph Jimenez, 20, was arrested at his home in El Cerrito. He was booked on suspicion of murder, attempted murder and robbery, and is being held on $2 million bail. He is expected to be arraigned Friday.
EMBED More News Videos

A suspect has been arrested in the deadly movie theater shooting in Corona that left Rylee Goodrich dead and a TikTok influencer on life support.

Investigators said it appears the shooting was unprovoked, and there is no indication Jimenez knew the victims.

"They're both very, very good people, didn't cause harm to anybody," Nicholas Walsh, a friend of the victims, told ABC7. "They were simply here at a movie, just trying to enjoy their night out, and you get shot. How? Why? How? What'd they do to you? I just don't get it."

The movie theater where the shooting took place has reopened.