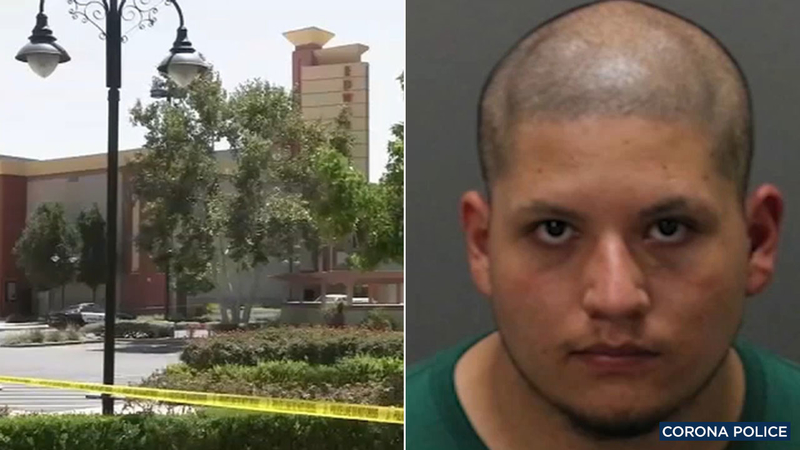 CORONA, Calif. (KABC) -- The 20-year-old man accused of randomly shooting two people inside a Corona movie theater, leaving an 18-year-old and 19-year-old dead, on Monday pleaded not guilty by reason of insanity.

Joseph Jimenez faces two counts of murder and special circumstance allegations of lying in wait, which make him eligible for the death penalty if he is convicted.

Rylee Goodrich, 18, and Anthony Barajas, 19, were at a showing of "The Forever Purge" at the theater in July when they were shot, police said. The teens are friends and went to watch the movie together, investigators said. Theater staff found them with gunshot wounds after the movie.

The two victims had been shot in the head, according to the DA's charging documents. Goodrich died at the scene, and Barajas, a well-known TikTok user, died days after being removed from life support.

The suspect in the killing of two people at a Corona movie theater told a local newspaper that voices in his head prompted the fatal shootings, and that he had stopped taking medications.

Jimenez's arraignment had been postponed following a jailhouse interview with the Press-Enterprise in which he claimed voices in his head made him shoot and kill the two teens.

According to the article, Jimenez told the reporter that he was diagnosed with schizophrenia and wasn't taking his medication at the time of the shooting.

The article quoted him as saying, "My condolences to the families. I wish I didn't do it."

In court Monday, the judge looked at several medical files subpoenaed by the Riverside County DA's office, but did not agree to turn the psychiatric files over to the prosecution - at least not yet. That decision will be up to the trial court to make a determination.

Attorneys from both sides will be back in court in two weeks to formally appoint doctors to examine Jimenez.

Officials say it appears the deadly shooting was unprovoked, and there was no indication he knew the victims. Authorities also said no one involved in the crime had gang affiliations.