WACO, Texas -- Nine people were killed Sunday and at least 18 others injured after a shootout erupted among rival biker gangs at a Central Texas restaurant, sending patrons and bystanders fleeing for safety, a police spokesman said. See photos from the scene above. 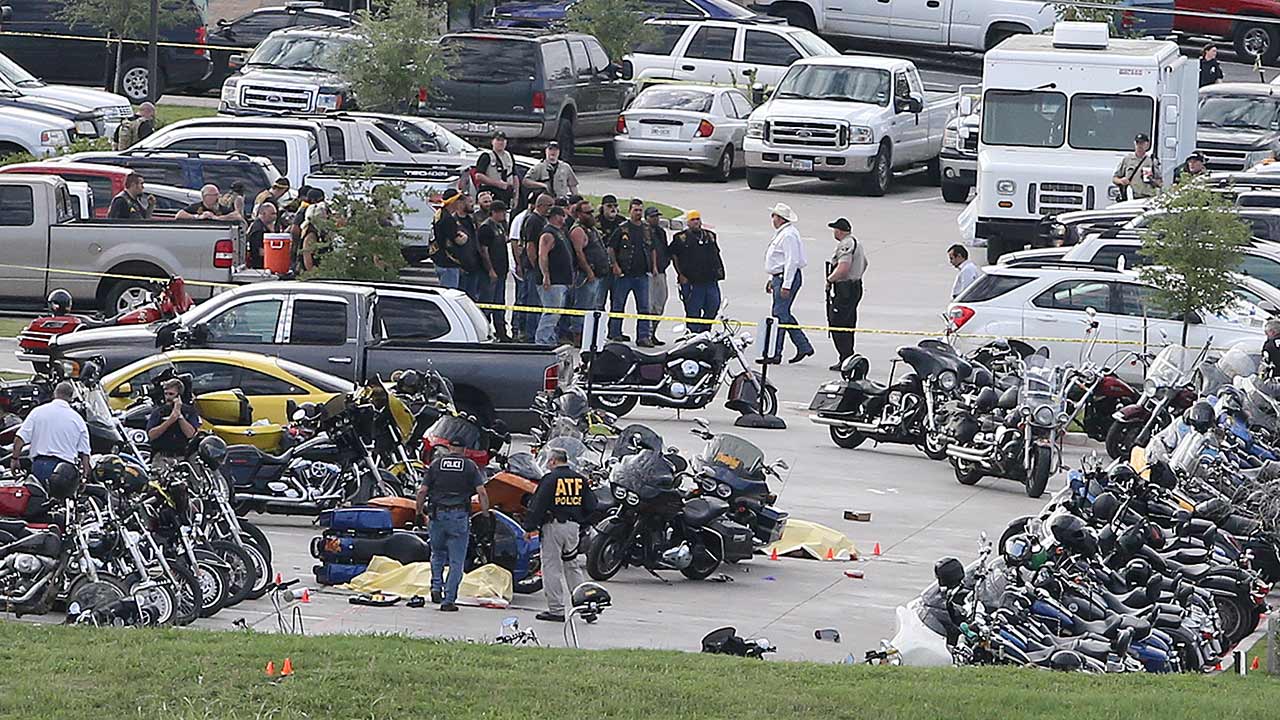