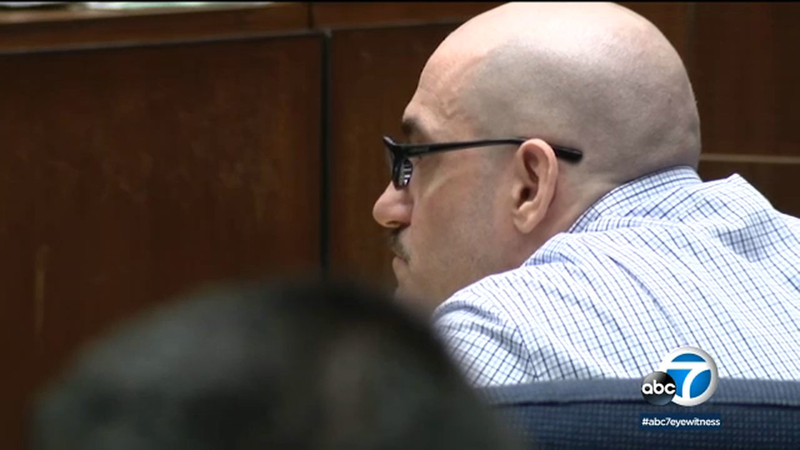 LOS ANGELES (KABC) -- The fate of convicted serial killer Michael Gargiulo rests in the hands of a jury who on Monday heard wrenching testimony from family members of the victims.

Cynthia Ellerin recalled her husband stuttering when he told her their daughter Ashley had been killed.

"He said that Ashley was mur- mur- murdered. I fell to my knees on the floor and I started crawling around the bedroom on my hands and knees like an animal, screaming" Cynthia Ellerin testified.

Ashley Ellerin was murdered in February 2001. The 22-year-old was getting ready for her first date with actor Ashton Kutcher. Gargiulo was convicted of breaking into her Hollywood Hills home and repeatedly stabbing her.

In 2005, Gargiulo is accused of murdering and mutilating 32-year-old Maria Bruno in El Monte, attacking her as she slept.

Prosecutors say that series of murders started in Chicago in 1993 with the fatal slashing of 18-year-old Trisha Pacaccio. Gargiulo has not yet been tried for that murder but the L.A. County district attorney presented compelling evidence to link together all four crimes.

"As much as you try to have fun, be joyful and be grateful for the good things in life, it will never, ever, ever be without that underlying despair," testified Douglas Pacaccio, Trisha's brother.

The prosecution urges the death penalty for the 43-year-old defendant, despite the current moratorium on executions in California.

"Michael Gargiulo is a sadistic murderer who kills for his own pleasure," stated prosecutor Dan Akemon.