Murdered woman's family visits baby who was cut from her womb

WLS
By Cate Cauguiran
CHICAGO -- Family members of a woman who police said was murdered and had her baby taken from her womb arrived in Chicago late Tuesday night ahead of her visitation and funeral.

Marlen Ochoa-Lopez's family members came from Mexico on special humanitarian visas. They arrived Wednesday morning at Christ Medical Center to see her son, who is still fighting for his life as they prepare to say goodbye to his 19-year-old mother.

Family members of a woman who police said was murdered and had her baby taken from her womb arrived in Chicago late Tuesday night ahead of her visitation and funeral.

Marlen's relatives had just arrived from Mexico when they walked into Lincoln United Methodist Church to a singing crowd of the teenager's loved ones.

"It's been five years since I've seen my mother. It's something beautiful," said Marlen's husband, Yovani said in Spanish. "We didn't want it this way, but only God knows why he takes someone."

Yovani Lopez is mourning the loss of his wife while trying to stay strong for his newborn son, now in grave condition. Just days ago, Lopez said he saw his son open his eyes for the first time.

Wednesday, Yovani took to Facebook, sharing live video of his son with everyone.

Yovani Lopez shares Facebook live of his baby in the hospital after he was taken from his mother, Marlen Ochoa-Lopez's womb.

"I was just grabbing his little hand, he moved it around and his little hand warmed up because they've been so cold. It was so emotional," said the baby's maternal great grandmother Benigna Perez Castañeda.

"We keep believing the hospital made a lot of mistakes from the moment that they let a person come in with a baby who was supposedly born at home. The hospital did nothing," said Marlen's mother Raquel Uriostegui.

Ochoa-Lopez was last seen in Pilsen on April 23. She was nine months pregnant and due in early May. Three weeks later, her remains were found near a home on the city's southwest side. Police say she was murdered on the day she disappeared, and her baby was taken from her womb after her death.

"We have to learn by what happened, and we also demand respect and dignity when something does happen to us, that we should not be ignore," said Lincoln United Methodist Church Pastor Emma Lozano.

Her alleged killer, police said, lured Ochoa-Lopez to her home with the promise of free baby clothes.

According to police, 46-year-old Clarisa Figueroa killed Ochoa-Lopez with the help of her daughter Desiree and then removed the baby from her womb. Figueroa then claimed there was a medical emergency, and told first responders she had just given birth to a baby that was not breathing.

The Chicago Fire Department confirmed it responded to the Figueroa home on April 23 and said paramedics transported the newborn, along with Figueroa, to Advocate Christ Medical Center for treatment.

The state wants to know if proper protocols were followed in the case of Marlen's baby after prosecutors say her accused killer brought the infant the hospital claiming it was hers, despite showing no signs of child birth.

"A system has failed Marlen, who is now dead and doesn't have a voice," said Julie Contreras, a spokesperson for the family.

The state health department told ABC 7 Eyewitness News, "...there are no rules or regulations under the Illinois Hospital Licensing Act or under the federal Centers for Medicare and Medicaid Services that require hospital emergency department employees to verify the identity of a baby, or the person who brings a baby to the hospital. However, hospitals would be mandated to report to the Department of Children and Family Services under the Abused and Neglected Child Reporting Act if there was concern."

"This is an infant that was ripped, born from violence, from criminals who sat around an incubator like he was in and around several other children inside of that facility. These monsters lurked," Contreras said. "Someone must be held accountable."

The hospital said it can't comment on the case.

DCFS said it was notified more than two weeks after the teenager was killed.

Her funeral service will also be held at Mount Aurburn Funeral Home, on Saturday, May 25, from 9 a.m. until 11 a.m. A chapel service is scheduled for 11 a.m.

The three people charged in Marlen's murder are being held without bond. They're due back in court next month.
Report a correction or typo
Related topics:
illinoisbabywoman killedteen killedu.s. & worldpregnant woman
Copyright © 2020 WLS-TV. All Rights Reserved.
RELATED 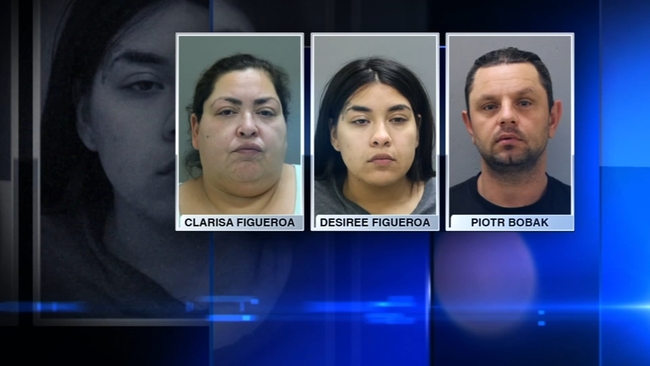 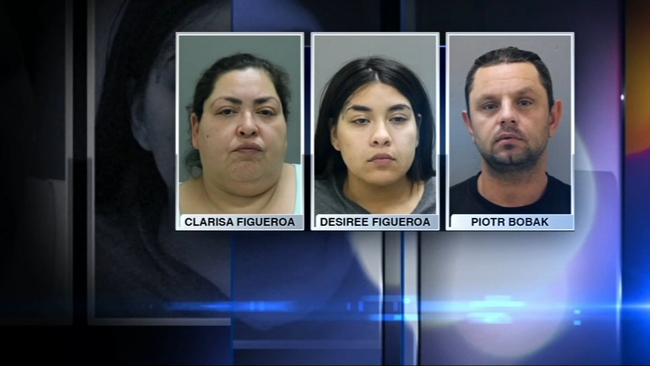