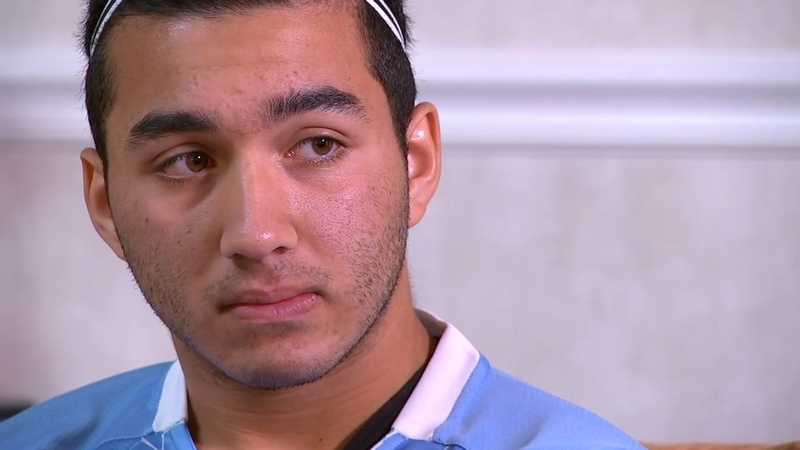 Mohammed Zubi told our sister station WABC that he asked the teacher for permission to finish an assignment at home during math class at Ridgefield Memorial High School, located about 3 miles west of New York City in Bergen County, New Jersey.

The 17-year-old Zubi, who is also Muslim, said the entire class and another teacher heard the comment.

"I look around in shock," Zubi said. "There's people laughing, and there's other people in shock. I turn around and ask my friend, 'Did he really just say that?' and she said, 'Yes.'"

Following the Sept. 11, 2001, terror attacks, young American Muslims have grown up facing hostility, mistrust and suspicion. In a 2017 Pew Research Center survey of U.S. Muslims, nearly half of respondents said they experienced at least one instance of religious discrimination within the year before.

"The teacher got close to him and said, 'We don't negotiate with terrorists,' knowing that Mohammed is Arabic and Muslim," Vuk Tomasese, another senior, told WABC.

The teacher, whose identity has not been verified, later approached Zubi and said, "I didn't mean it like that," according to a statement from the Council on American-Islamic Relations' New Jersey chapter.

"It's almost unbelievable. We're left speechless. Why would a teacher say this to a student?" said Selaedin Maksut, CAIR-NJ's executive director.

Zubi, captain of the school soccer team, has not returned to school since the teacher's aside.

"I don't feel like going back. I'm really uncomfortable," he said. "I don't want to see anyone, and I've been in my room all day -- don't want to see my friends, especially after what that teacher said to me."

"To see my little brother, a minority, 17 years old, to hear a comment like that, it broke my heart," he said.

A family in Maplewood, New Jersey, says that their young daughter's teacher ripped her hijab off of her head, traumatizing the child.