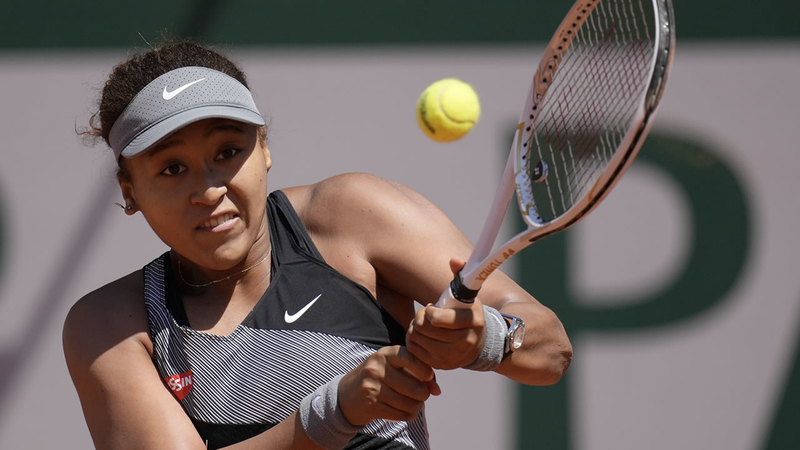 SAN FRANCISCO -- There was a shake up in the tennis world Monday as number two ranked Naomi Osaka withdrew from the French Open.

The Japanese tennis player cited her mental well-being. The move comes after she received a $15,000 fine for not talking to the media after her latest match victory.

"I feel for Naomi, I wish I could give her a hug," said tennis star Serena Williams.

Williams came to the 23-year-old's defense, along with Golden State Warriors star Stephen Curry, who called out the WTA and French Open officials by praising Osaka, saying, "taking the high road when the powers that be don't protect their own." Curry was referring to Osaka's decision before the tournament to not do press conferences due to her anxiety and depression problems, a decision that violates the rules.

Brad Gilbert is a former tennis pro and was Andre Agassi's coach. He was courtside when Osaka gave a victory speech in 2018 at Indian Wells. He saw and felt her struggles then and in interviews since that time.

"This is an everyday fight for her, and I think the biggest travesty is that everybody thinks that just because she makes tons of money that how could you have any issues," says Gilbert.

"This is the problem with mental health, this is the problem with mental skills right, is that they don't just go away sometimes," says sports psychologist and global performance coach Dr. Michelle Cleere. Cleere says tennis is challenging since it is all on the individual. She's hopeful that Osaka can get the proper help that someone with a physical injury would get.

"If you have a broken arm or broken leg, of course you're not going to play, but if you have a mental health issue people are unfortunately coming after ya like what's wrong with you," says Cleere, who went on to say, "There's no shame in this, this doesn't mean you're broken, it means you got to work with this part of the system."

Gilbert says more should have been done to support Osaka instead of just fining her and threatening to impose additional fines.

"It should have been, what can we do to help you? What can we do to make this situation work, or lets have patience, or maybe we can hold off and figure this out when you're ready to do it," says Gilbert.

Here is Naomi Osaka's statement that she posted on Twitter: