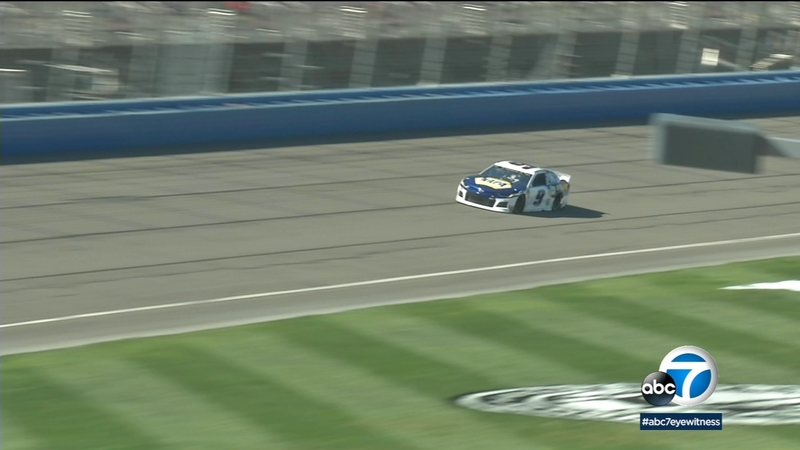 FONTANA, Calif. (KABC) -- Racing fans are heading to Fontana, where a big NASCAR event is revving up during the windy race weekend.

This time each year, the population of Fontana swells. Fans of motorsports gather to watch some speed. The infield of Auto Club Speedway turns into a small city as people set up camp.

And as winter winds down, nature has given the fans some spectacular views of the snow-capped mountains when they're not staring at the race cars. But nature also brought the Santa Ana winds.

Guests shouldn't feel bad, though. The drivers don't like the wind either. Imagine having your car tossed around at 200 mph.

But the die-hard racing fans aren't going to let a few gusts ruin their weekend. They came to see the action, and lots of it.