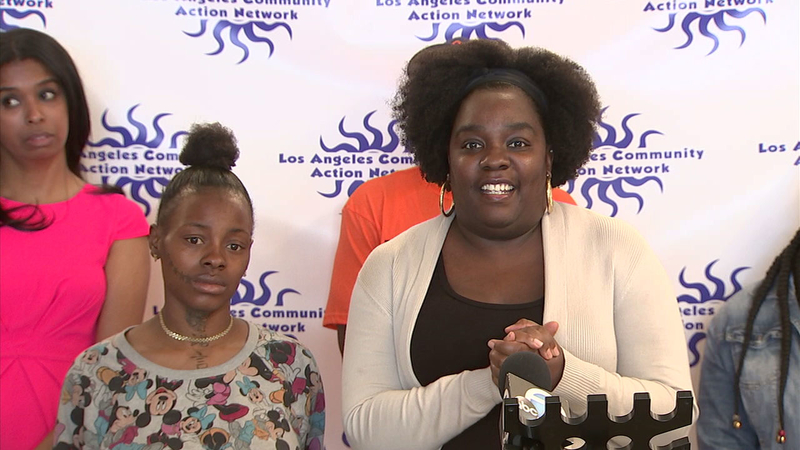 Community comes together to bail out pregnant mom for Mother's Day

DOWNTOWN LOS ANGELES (KABC) -- A community group came together to bail out a local pregnant mom for Mother's Day, who shared her gratitude on Thursday.

Dashay Murphy said she's relieved she'll get to spend this Mother's Day with her daughter and family at home instead of behind bars.

She's eight months pregnant, and she's one of a number of mothers across the country that have been bailed out of jail as part of the National Black Mamas Bail Out Day campaign.

"Community Action Network reached out to provide assistance in the case and get her out of custody, which was a concern because Ms. Murphy is obviously carrying a baby, and we didn't want her and her child to be in danger or having issues with her being in custody trying to fight the case," said public defender Sherise Francis.

The Los Angeles Community Action Network said their research shows jailed men and women of color are paying tens of millions of dollars to make bail -- money the group says strips communities of color of assets that could have been invested in their own neighborhoods.

They also say when someone is arrested and not considered a threat to the community, they should release them on their own recognizance instead of keeping them in jail, especially mothers.

"It feels good to be home to my baby and to be able to have this baby because I do have one other child, so I'm happy to be home with my family and be able to take care of my family for the better," Murphy said.