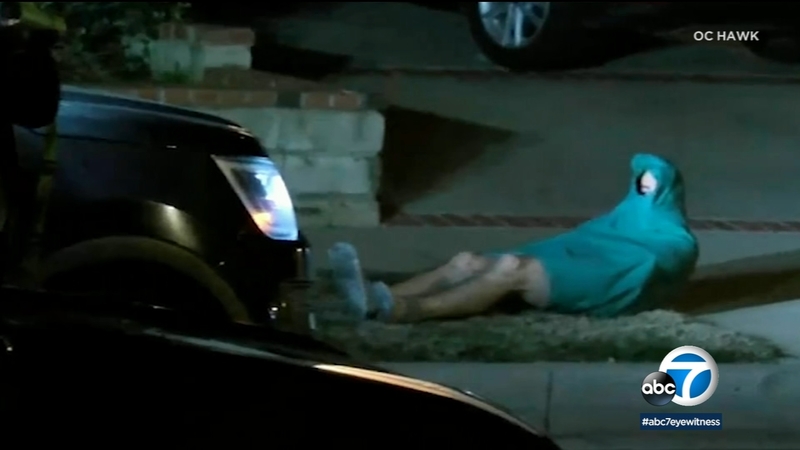 WEST HILLS, LOS ANGELES (KABC) -- A nearly-naked man fled from a hospital, grabbed a shovel and terrorized a West Hills neighborhood before he was taken into custody Monday night.

The man in his 30s was wearing just a hospital robe when he walked away from a nearby hospital, police said.

He found a shovel and was banging on doors and breaking windows of parked vehicles when residents called police.
Officers responded to the 22800 block of Valerio Street and were able to convince the man to get on the ground and eventually surrender. He was taken into custody without further incident.

Police recovered the shovel. Broken glass was visible at the scene.