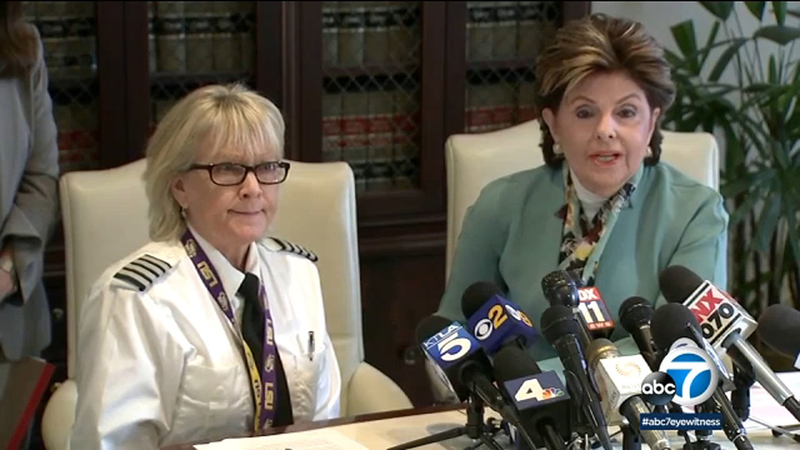 Pilot sues NetJets for saying she's too short to fly

Shari Drerup, a corporate pilot with 14 years experience, says she was fired from private jet service Netjets for being too short.

"They handed me a termination letter, took my badge, my credit card, took my iPad, took my cellphone and treated me like a criminal," says Drerup.

Drerup was hired by Netjets in 2015 and began aircraft training classes in 2016. She says all the pilots in her class were measured before being hired to assure they would fit in all Netjets aircraft. It wasn't until Drerup began simulator training that an instructor told her her legs were too short.

"From the moment that they determined that I was too short to fly this airplane, they should have helped me. They should have said, you know what, we've got other aircraft in the fleet, you're a good pilot, let's put you in another airplane."

Instead, Drerup says she was told to buy a booster seat and platform shoes.

Drerup's attorney, Gloria Allred, announced the filing of a lawsuit against Netjets, alleging the company has a double standard for women and men and discriminated against Drerup because she is female.

The lawsuit notes Netjets accommodated male pilots who were too tall for the same plane by transferring them to other aircraft.

"The men who were too tall to fly the Phenom were reassigned to be able to fly other aircraft. She was not afforded that opportunity," says Allred.

Drerup says she is qualified to fly two other Netjets aircraft and should have been given the chance to do so.

"Picture showing up for the job you really thought you were going to have for the rest of your life and being treated like you don't matter and just kind of tossed to the curb."