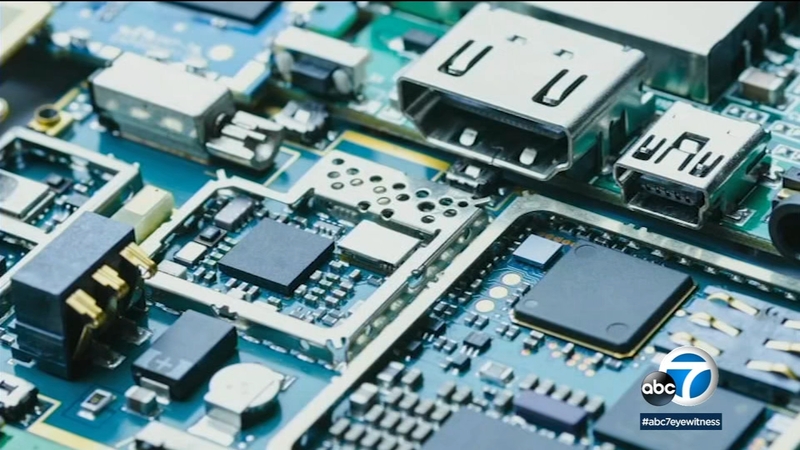 Last year, the auto industry was hit pretty hard by the COVID-19 pandemic. Lockdown orders idled factories, and for a time, dealers didn't have customers coming in.

"There is a lot of demand for new vehicles right now as we are coming out of this pandemic, but there are not enough chips to go around to put into the cars," said Ed Kim, an auto analyst and vice president of Auto Pacific.

First, the auto industry slowed way down and didn't need as many chips. At the same time, sales of consumer electronics exploded. Laptops for people working from home and students distance learning.

There was also increased demand for things like video game consoles and televisions as people sought entertainment while staying home.

That led to a global shortage of the tiny components, and it's gotten worse during the first part of 2021.

"It's going to take some time for the chip makers to really catch up with the automotive demand," Kim noted.

Many car factories have been idled for weeks at a time due to the inability to build vehicles.

Or in some cases, vehicles have been built and then parked, waiting for electronic components to arrive and then be installed.

If you're shopping for a car, you might have a limited selection, and limited bargaining power.

"The supply of new cars is dropping rapidly, and that simply means that there are not as many good deals to be had right now," Kim said.

So how many microchips does each new car use? Dozens, for all the mechanical systems, the safety systems, things like infotainment and climate controls, and even those increasingly common proximity keys.

One auto maker even considered only delivering cars to customers with one key, then sending them additional keys when they had a better supply of them.

As factories scramble to build cars and dealers scramble to get them in their inventories, things may not get better until the microchip pipeline can get flowing at full capacity once again.

"Most analysts are not expecting full chip supply to come back for at least several more months," added Kim.