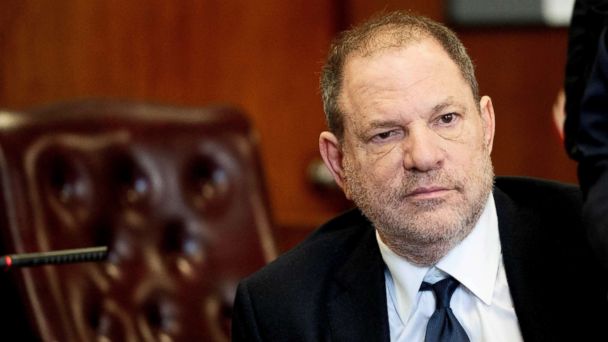 A Manhattan grand jury has returned a superseding indictment that charges disgraced film mogul Harvey Weinstein with additional sex crimes, including one that could land him in prison for life.

Weinstein was previously charged with raping a woman and forcing a second woman to perform oral sex. The superseding indictment alleged Weinstein assaulted a third victim in 2006.

"A Manhattan grand jury has now indicted Harvey Weinstein on some of the most serious sexual offenses that exist under New York's Penal Law," Manhattan District Attorney Cy Vance said. "This indictment is the result of the extraordinary courage exhibited by the survivors who have come forward."

The woman's identity was not disclosed in the indictment.

NYPD Chief of Detectives Dermot Shea said in a statement, "The case is not over and the investigation continues. This was joint work between the Manhattan DA's office and our special victims division and just to the overall nature of the case we ask other victims to come forward and we thank the victims who have come forward for their courage."