Pandemic: New COVID-19 variant detected in Southern California and across the state 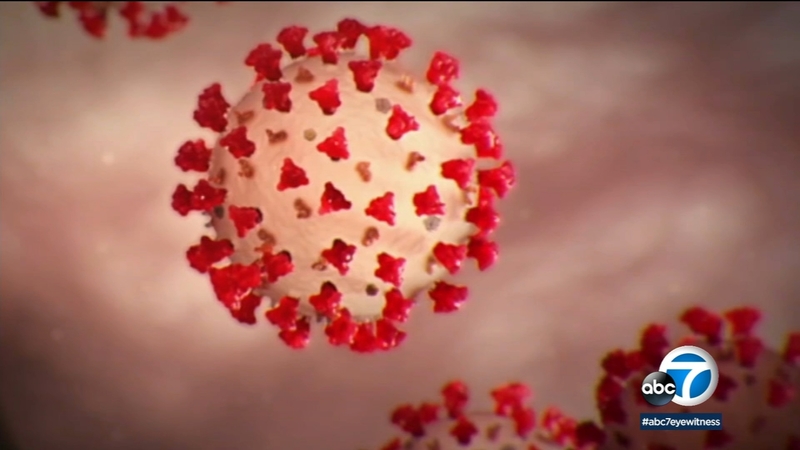 SAN FRANCISCO (KABC) -- A new COVID-19 variant that was first discovered in other states has been detected in several Southern California counties and throughout the state, according to health officials.

The variant was first identified in Denmark in March of 2020, but more frequently since November of last year. The variant is different from the B.1.1.7 variant first detected in the United Kingdom, officials say.

Scientists are working to learn more about the variant and how it spreads.

Dr. Charles Chiu, a virologist and professor of laboratory medicine at UC San Francisco, has been sequencing cases from multiple counties across the state over the past several months as part of the state's SARS-CoV-2 Whole Genome Sequencing Initiative known as COVIDNet.

"This variant carries three mutations, including L452R, in the spike protein, which the virus uses to attach to and enter cells, and is the target of the two vaccines that are currently available in the United States," said Chiu.

"Now that we know this variant is on the rise in our local communities, we are prioritizing it for study," Chiu said. "Researchers at UCSF and elsewhere will now be able to perform the critical laboratory experiments to determine whether or not this virus is more infectious or affects vaccine performance."

Dr. Erica Pan, an epidemiologist with the California Department of Public Health, said: "It's too soon to know if this variant will spread more rapidly than others, but it certainly reinforces the need for all Californians to wear masks and reduce mixing with people outside their immediate households to help slow the spread of the virus.

"We also urge anyone who has been exposed to the virus to isolate from others to protect themselves and their loved ones."

Coronavirus deaths are rising in nearly two-thirds of American states as a winter surge pushes the overall toll toward 400,000 amid warnings that a new, highly contagious variant is taking hold.

The U.S. government has already curbed travel from some of the places where the new variants are spreading - such as Britain and Brazil - and recently it announced that it would require proof of a negative COVID-19 test for anyone flying into the country.