The murder of an attorney in Crestline earlier this month bears similarities and may be linked to the shooting of a judge's son and husband in New Jersey, law enforcement sources say.
KABC
By Leanne Suter 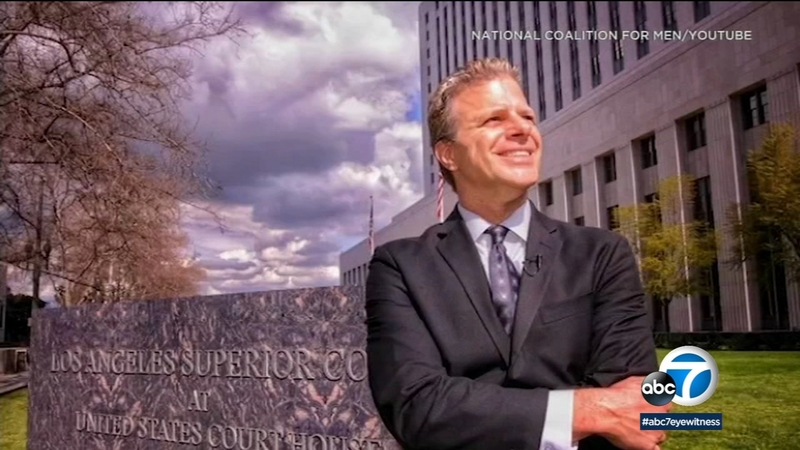 CRESTLINE, Calif. (KABC) -- The murder of an attorney in Crestline earlier this month bears similarities and may be linked to the shooting of a judge's son and husband in New Jersey, law enforcement sources say.

Attorney Marc Angelucci, 52, was gunned down at his home on Saturday July 11 around 4 p.m. Deputies responded to a reported shooting in the 22400 block of Glenwood Drive and found Angelucci there, unresponsive and suffering from gunshot wounds. He was pronounced dead at the scene.

It is believed the shooter was wearing a FedEx uniform.

Angelucci was a men's rights activist and board member of the Los Angeles chapter of the National Coalition for Men.

Ronda Kennedy, a congressional candidate who was friends with Angelucci and served as co-counsel with him on two cases, praised his legal work and said his court battles will serve as a lasting tribute.

"He was such a good guy," Kennedy told Eyewitness News. "I can't think of anyone in this entire world that would want to harm him."

The New Jersey office of the FBI is investigating Angelucci's death for a possible connection to the killing of the son of a federal judge and the wounding of her husband.

The suspect in that case was described as coming to the front door of the home dressed in a FedEx uniform.

The suspect in that shooting was later identified as New York attorney Roy Hollander. His body was found in Sullivan County, New York with what was believed to be a self-inflicted gunshot wound.

Hollander has been described as an anti-feminist advocate who has sued Manhattan nightclubs for offering ladies' night discounts and sued the federal government over a law that protects women from violence.