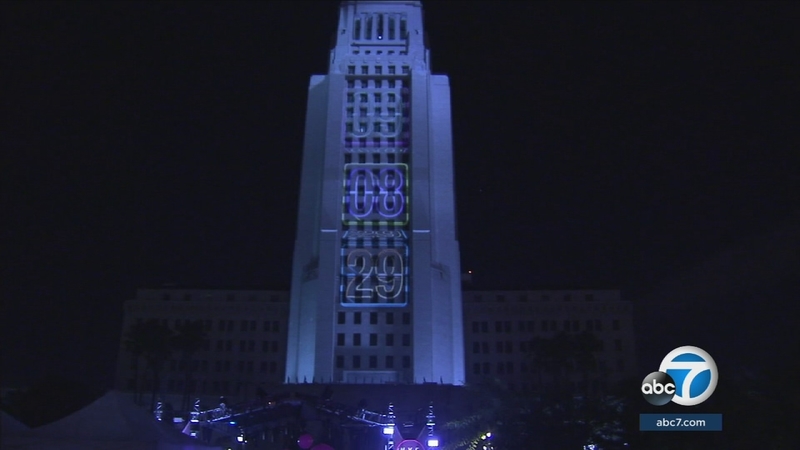 LAPD didn't specify exactly where security had been increased, but said the increase was in light of the attack at a nightclub in Istanbul. Officials said there haven't been any credible threats to the greater Los Angeles area.

The New York Police Department stated it moved resources into the Meatpacking District and other club-heavy parts of New York City following the attack in Turkey that left at least 35 dead. Officials said there hadn't been any specific threats to New York.

Tens of thousands of revelers descended on Grand Park and the Music Center in downtown Los Angeles for a New Year's Eve celebration featuring live music and a spectacular light show.

Last year's event drew some 50,000 people to the festivities.

The park was enclosed by a perimeter with four entrances, each of which included a security checkpoint. More than 600 law-enforcement officers and security personnel were assigned to the venue.

A massive light show was projected onto City Hall's facades.