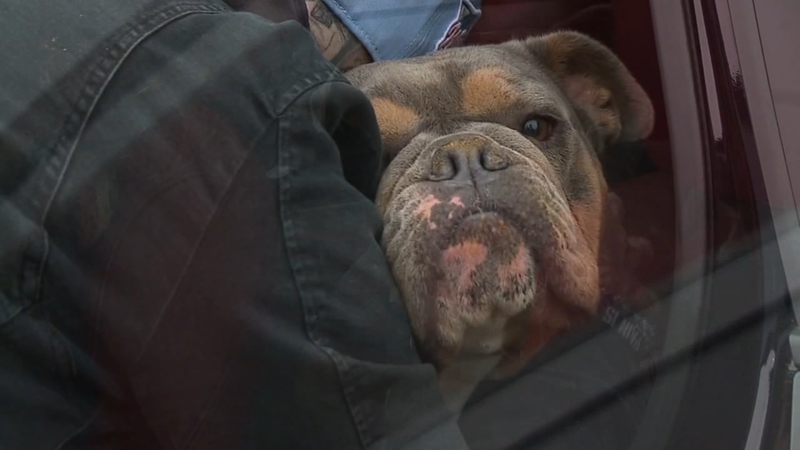 "I was just freaking out," dog owner Jen Costa told WBBJ. "I didn't know what to think."

Costa is a New York native, and five years ago, she went through life-changing surgery. Soon after, her bulldog went missing.

"My dad was watching her while I was in the hospital, but, when I came home there, her and my other dog, Bruno, they were there with me. And about a month or two after my surgery, she went missing," Costa said.

Costa spent hours, days and months trying to track down her dog. Aside from her missing pet, she said 2016 and 2017 were two of the hardest years of her life.

"It's just made it a lot harder for me. I was really depressed. I didn't care what happened to me, you know, I wasn't as positive right after the surgery. It took me a while to get here mentally, but it was just a hard time," she said.

RELATED: 'You made my day': Boy's emotional reunion with best friend who moved away

As years passed, Costa assumed someone took her dog with no plans of returning her. Azzurra was microchipped and had a tag. It wasn't until last Tuesday when she received an unexpected message.

"I was sitting in my barbershop chair getting a haircut, and I saw an email and ... I just started crying. He had to stop and hand me a tissue; he had to wait to cut my hair," she said.

Quickly after receiving an email from the Henderson, Tennessee animal control department, Costa packed up her car and made a 16-hour trip from New York to Tennessee.

"She's going to get anything she wants," Costa said of her dog. "She's No. 1 right now, and she knows it. She'll know it soon."

Now, after five years apart, Costa and Azzurra are finally back together.