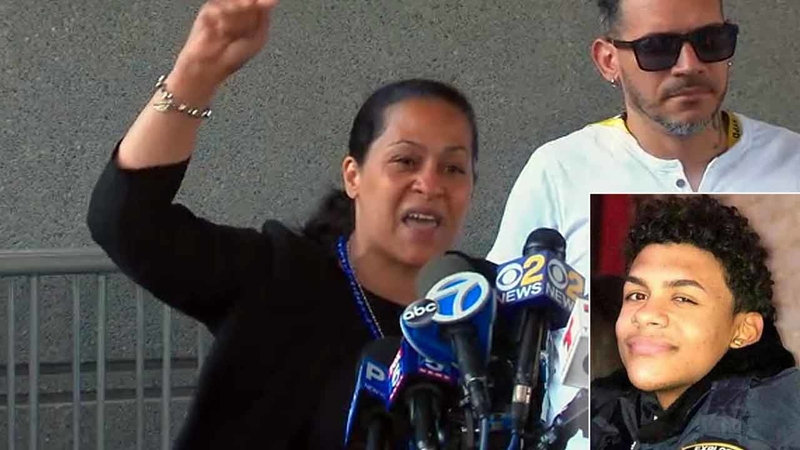 Justice for Junior: 12 suspects appear in court in teen's murder

NEW YORK CITY -- The 12 alleged gang members suspected in the brutal killing of a New York teen appeared before both a judge and the victim's family in court Wednesday.

The men face a variety of charges in the death of 15-year-old Lesandro Guzman-Feliz, affectionately known as Junior, who was dragged out of a Bronx bodega and slashed with knives last month in what authorities believe was a case of mistaken identity.

The victim's mother yelled "asesino," Spanish for murderer, as two of the suspects left the courtroom.

"This crime was nothing less than ferocious," Bronx District Attorney Darcel Clark said. "The defendants were out for violence."

Police believe they have now arrested everyone involved in the murder, which left the community outraged and sparked the hashtag #JusticeForJunior.

"The notion that anyone or any group of people somehow thinks that committing such an act in New York City is OK is abhorrent at its core," NYPD Commissioner James O'Neill said. "Criminal groups continue to threaten public safety and quality of life in some New York City neighborhoods. The NYPD will remain vigilant in the face of this threat."