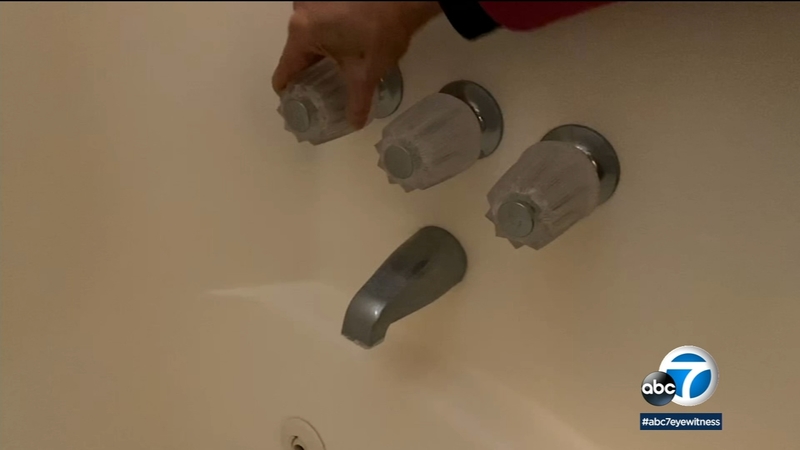 The impacted community is the Vallecito Mobile Home Park, which is occupied by 300 senior citizens.

"I have been without water for four days. It has been horrible," says resident Tina Sandoval De La Torre.

A water main broke last Saturday. Service resumed for a couple of days, but then was taken offline for repairs.

Sun Communities manages the site and notified residents that the water would be turned off for a short time. Bottled water was brought in, but residents say the response was insufficient.

The Ventura County Sheriff's Office says they were alerted when they were called to conduct a welfare check.

They discovered that scores of elderly people lived in the park who were potentially at risk.

"We can't cook. We can't flush our toilets. I can't even wash my hands," says Sandoval De La Torre.

The Ventura County Office of Emergency Services called in the Red Cross and a public health nurse.

"People who are elderly, people who have limited mobility, some of them run into issues," says Patrick Maynard, interim director of the Office of Emergency Services.

Repairing the water main has been difficult. The rupture happened 10 feet underground and beneath a mobile home.