Newport Beach attack by group of teens caught on video

Video of a violent attack in Newport Beach is now part of a police investigation. It happened in the area of East Balboa Boulevard and Main Street
KABC 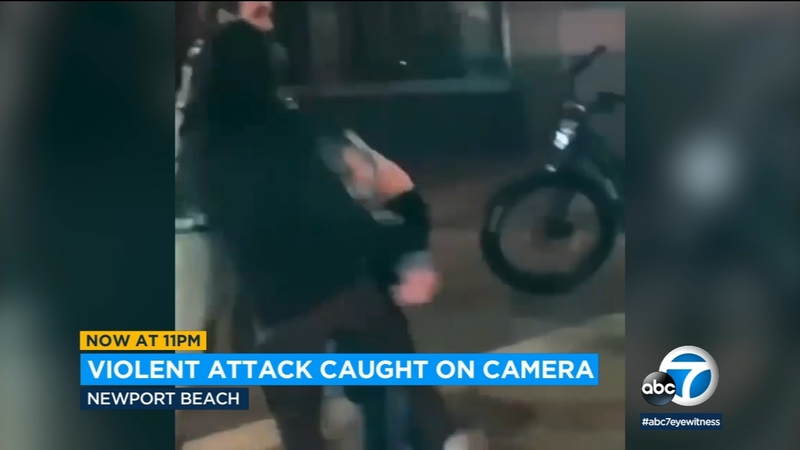 Newport Beach attack by group of teens caught on video

NEWPORT BEACH, Calif. (KABC) -- Video of a group of teens attacking a man in Newport Beach is now part of an active investigation by police.

The video shows multiple teens attacking an older man in a crosswalk. It's unclear what led to the attack, and it doesn't last long. But the victim was seen hitting the pavement hard.

That's when a bystander comes to his defense, and the attackers take off.

The incident happened in the area of East Balboa Boulevard and Main Street just after 10 p.m. Saturday. The victim was rushed to the hospital and is in stable condition.

Officers tell Eyewitness News they've identified the suspects, but can't release their names because they're all underage.