"He would have kept hunting and killing if he hadn't been arrested," said Orange County District Attorney Todd Spitzer.
KABC 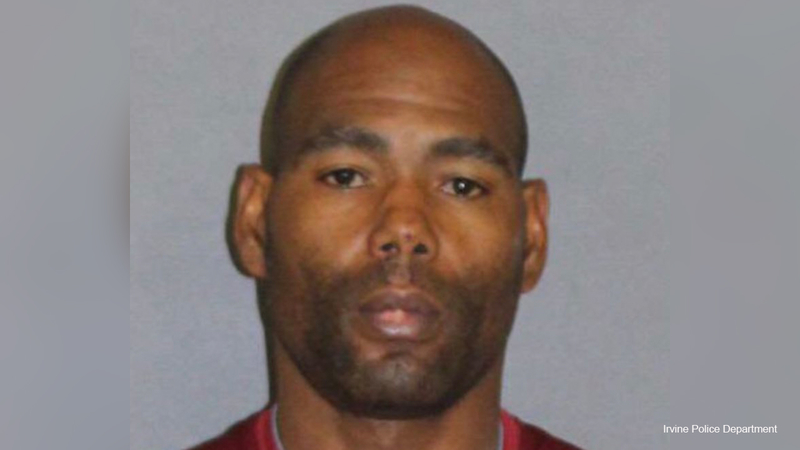 SANTA ANA, Calif. (KABC) -- A man from Huntington Beach was convicted in the killing of a man and woman whose bodies were found in a Newport Beach condo in 2019.

According to the Orange County District Attorney's Office, 47-year-old Jamon Rayon Buggs was convicted of two counts of first-degree murder in the death of Darren Donald Partch of Newport Beach and Wendi Sue Miller of Costa Mesa.

Authorities said Buggs thought Partch was having a romantic relationship with his former girlfriend. They said he ended up shooting and killing Miller, who reportedly resembled Buggs' ex-girlfriend.

NOTE: The video above is from a previous report.

The 47-year-old was also convicted of one count of possession of a firearm by a felon, one count of attempted first-degree burglary, and a sentencing enhancement of personal discharge of firearm causing death.

"Darren Partch and Wendi Miller were executed at the hands of a jealous ex-boyfriend who was hunting for the woman he was obsessed with," said Orange County District Attorney Todd Spitzer in a statement released on Tuesday. "This was not a heat of passion crime; this was a systematic and methodical plot to exact revenge and eliminate his rivals - real or perceived. Tragically, Darren and Wendi were two innocent people who were not involved with Mr. Buggs and had no responsibility for the relationship issues he had with his ex-girlfriend; yet they paid the ultimate price with their lives. Even after he realized the woman he killed was not his ex-girlfriend, he continued working his way down his hit list to eliminate his rivals. And he would have kept hunting and killing if he hadn't been arrested."

The district attorney's office said Buggs had previously threatened Partch, demanding he stay away from his girlfriend. Partch said he didn't have a relationship with the woman but agreed to stay away from her.

Authorities said there is no evidence that shows Miller, who had given Partch a ride home after meeting him a few hours prior, had any interaction with Buggs before the murders.

Friends said Miller and Partch were at a bar in Laguna Beach right before the crime.

In the weeks leading up to the killings, authorities said Buggs was looking up information about Partch online, including searches for his cell phone number, current and former addresses, and photographs.

Before the killings, Buggs reportedly tried to break into an apartment in Irvine he believed belonged to a chiropractor he suspected was also having a relationship with his ex.

Authorities said Buggs - who was reportedly armed at the time of the break-in - fired a shot as he was climbing down the balcony when a woman spotted him from her living room.

The defense argued this was a case of mistaken identity.

They said Buggs' ex-girlfriend had blonde wavy hair similar to Miller's and claimed the murders were committed in a dark room in the middle of the night, making it hard for Buggs to distinguish if the woman he was shooting was indeed his ex.

Buggs, who has a prior strike for an assault on a police officer, faces a maximum life sentence without the possibility of parole.