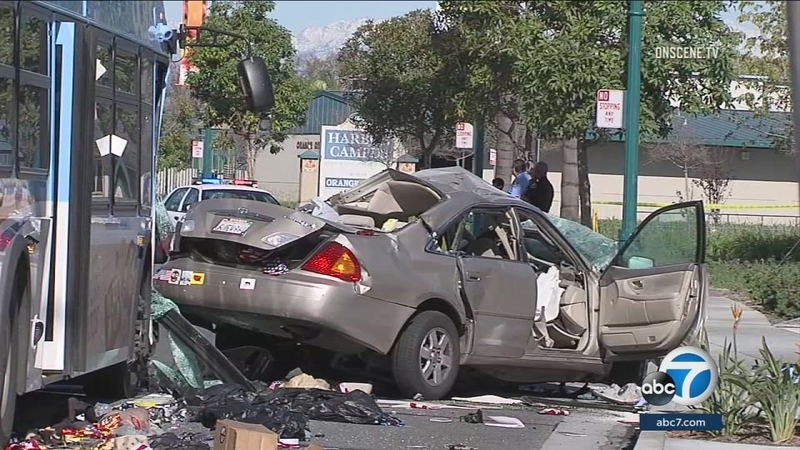 ANAHEIM, Calif. (KABC) -- One person was killed and 14 others were hospitalized in a crash involving a bus and a car in Anaheim on Tuesday.

The crash was reported around 11 a.m. on Harbor Boulevard north of Ball Road.

The driver of a sedan was pronounced dead at a nearby hospital after he suddenly crossed all lanes and crashed head-on into the bus. Investigators said it appeared the driver of the car was having some sort of medical emergency at the time.

Police said 17 people in the bus were injured, including 14 who were taken to nearby hospitals. All of them were expected to be OK.

A SigAlert was issued, and all lanes of Harbor Boulevard in both directions were shut between Vermont Avenue and Ball Road, Anaheim police said on Twitter. The roads were back open at about 4 p.m.

The cause of the wreck was being investigated.