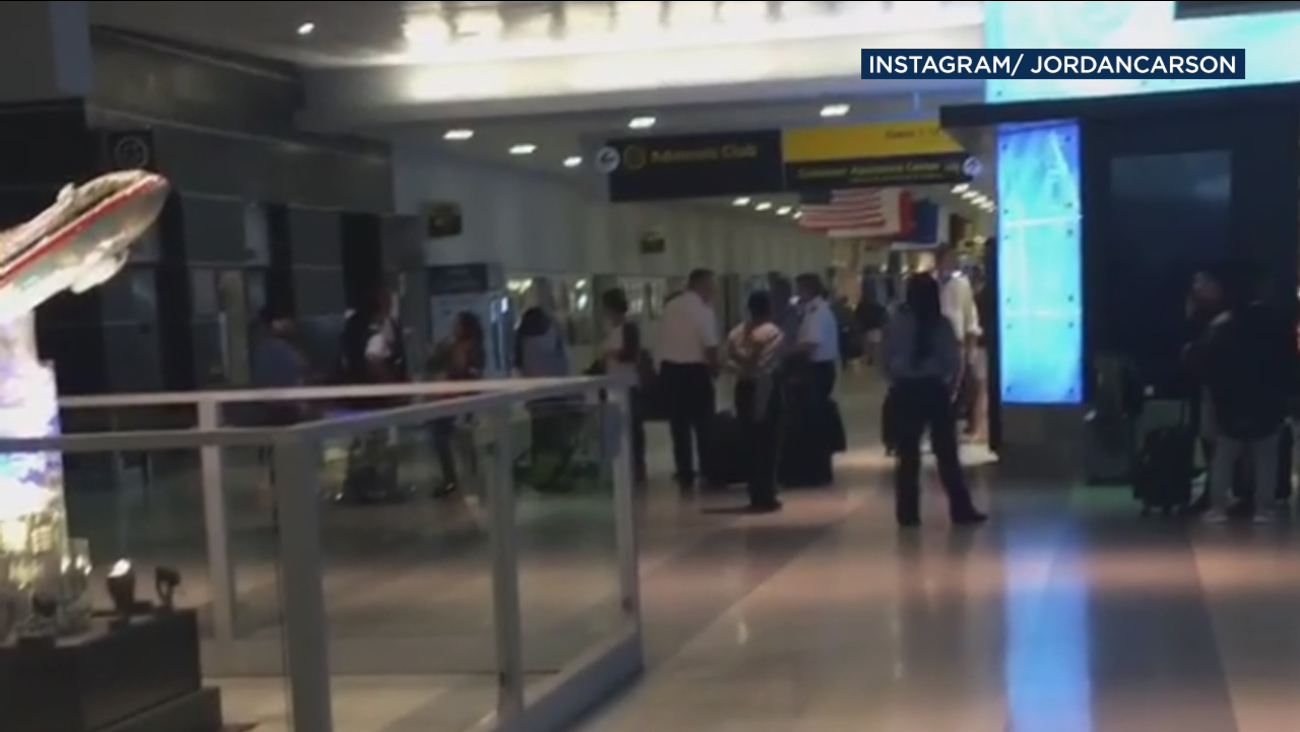 NEW YORK -- Reports of shots fired at New York's John F. Kennedy International Airport Sunday night led to evacuations, grounded flights and some frightening moments for fliers before the reports were later determined to be unfounded.

"At this time, no firearm, rounds or shell casings or other evidence of shots fired has been found," said Joe Pentangelo, a spokesman for the Port Authority of New York and New Jersey Police Department.

Police evacuated Terminal 8 around 9:30 p.m. Sunday as a precaution after receiving 911 calls about shots fired near the departures area.

Standing at terminal 8 in #jfkairport when this walks in front of me. Safe but nonetheless alarming! pic.twitter.com/shcQCjmJnx

Officers from the New York Police Department were called in to assist with the investigation.

A short time later, police closed Terminal 1 after they said they received additional reports of shots fired in that terminal.

The Van Wyck Expressway approaching the airport also was shut down.

Passengers posted pictures and videos on Twitter showing crowds of people gathered outside the terminals.

According to the flight tracking company, FlightAware, all inbound flights were held at their origin until 11:30 p.m. "due to security."

Port Authority police said travelers should contact their carriers and warned of a "substantial PAPD and NYPD presence" at JFK and LaGuardia due to the investigation.