Man found not breathing, unconscious after being shot in Jefferson Park, LAPD says 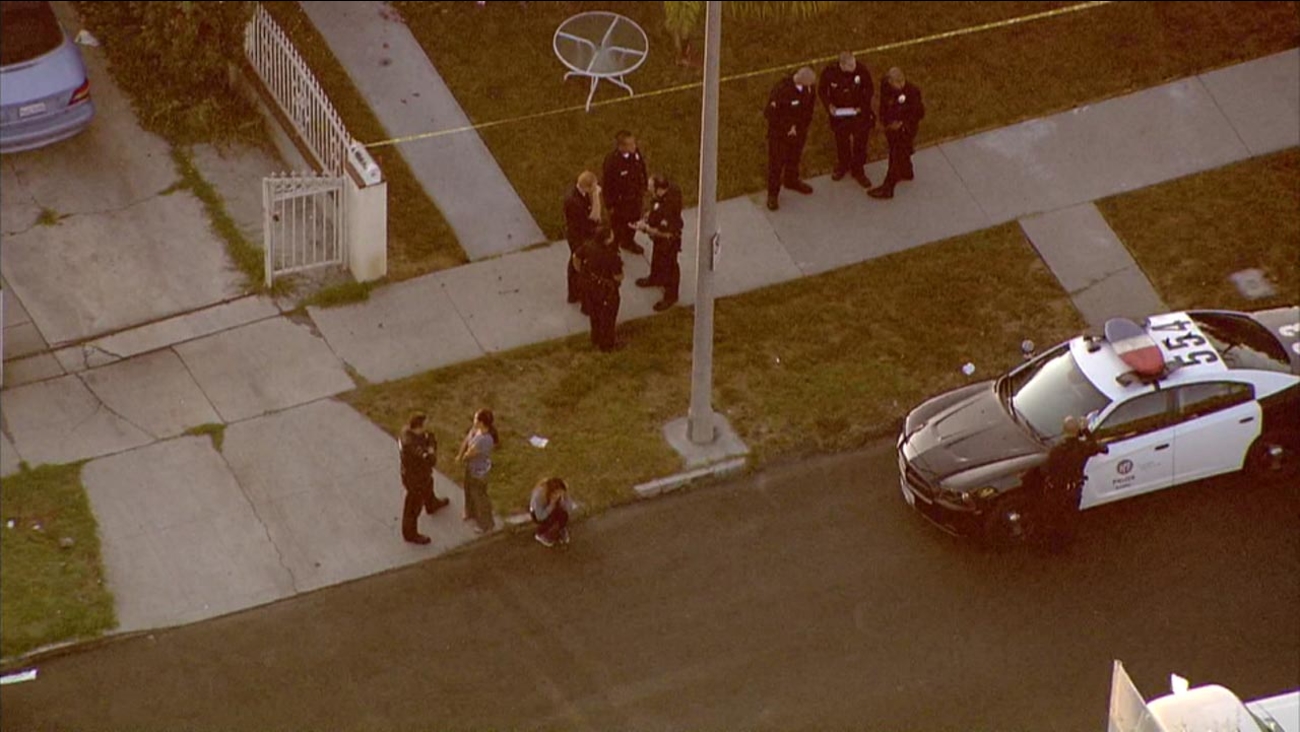 Los Angeles police responded to the Jefferson Park neighborhood after a man was shot on the morning on Friday, Aug. 19, 2016. (KABC)

Officers responded shortly before 6:30 a.m. to a call reporting gunshots heard and a woman screaming in the area of West and Jefferson boulevards, according to the Los Angeles Police Department. An ambulance was also summoned to the scene.

Emergency responders discovered the victim unconscious and not breathing, the LAPD said. An update on his condition was not immediately available.