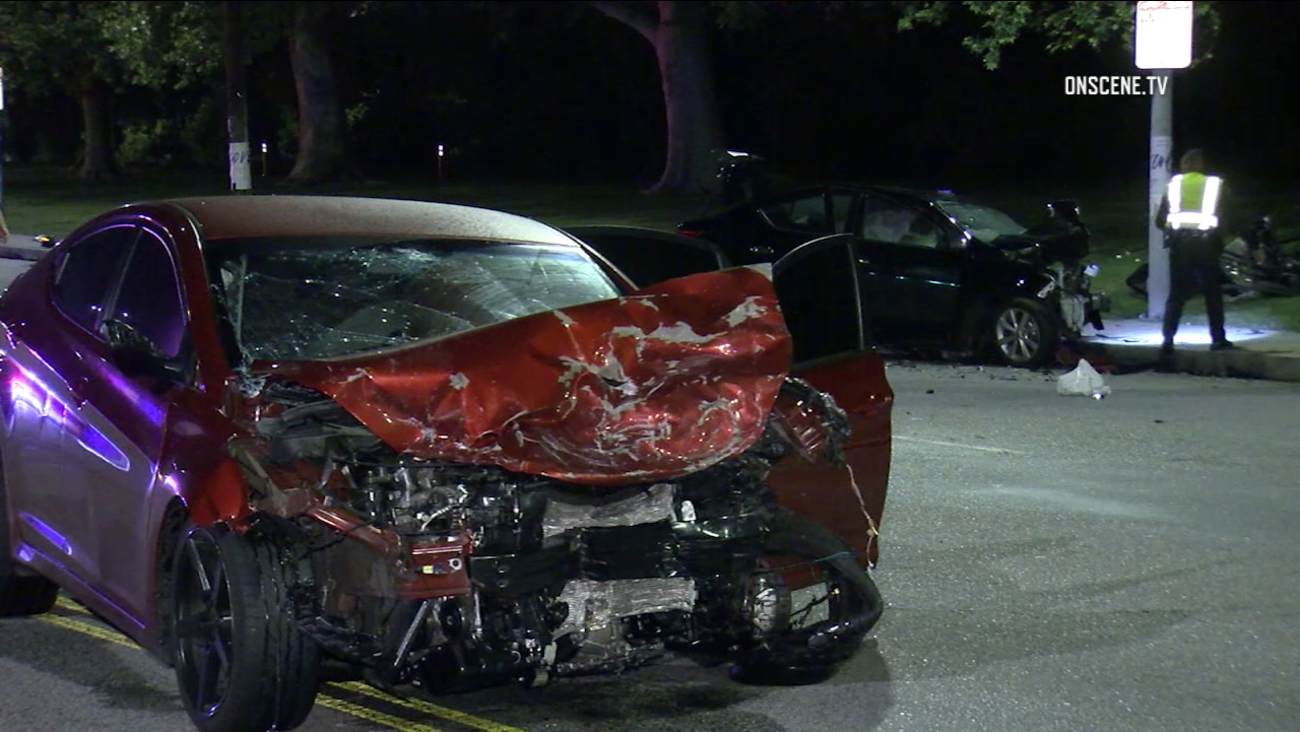 NORTHRIDGE, LOS ANGELES (KABC) -- Two people were shot and wounded Sunday morning near the Cal State Northridge campus, authorities said, and police were searching for a third person in connection with the incident.

The shootings were reported at about 8 a.m. in the 9800 block of Zelzah Avenue, according to Officer Norma Eisenman of the Los Angeles Police Department's Media Relations Section, adding that the two wounded individuals were also possible suspects.

The pair were transported to a hospital in unknown condition, said Margaret Stewart, spokeswoman for the Los Angeles Fire Department.

Officers from the LAPD's Devonshire Division established a perimeter in the area, which they advised the public to avoid for several hours.

"If you could look out of the window and see police activity, it's best to stay indoors," Eisenman said.

No description of the person being sought was immediately available.