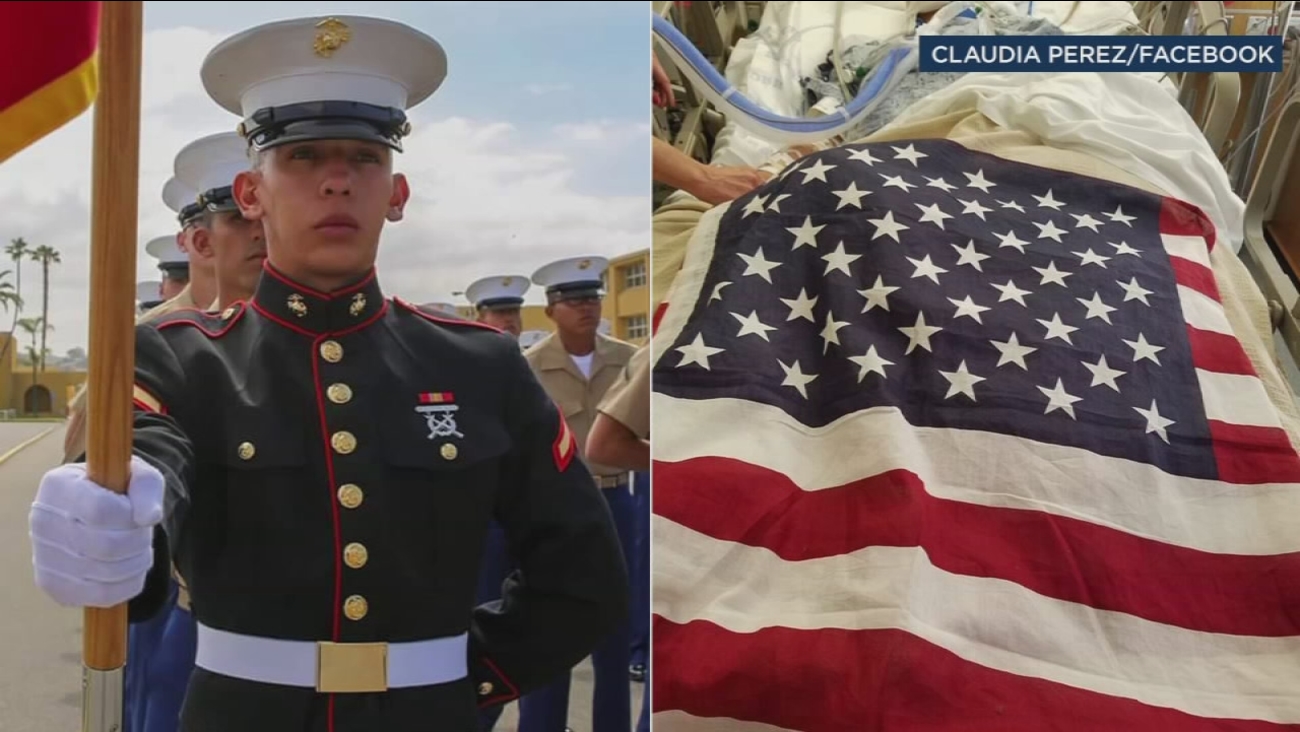 LOS ANGELES (KABC) -- Three alleged gang members have been charged in the shooting death of a 19-year-old Marine who was on military leave from Camp Pendleton.

Prosecutors announced Oscar Aguilar, aka Chino, and Esau Rios, aka Lil' Chuko, have been charged with one count of murder. Aguilar also faces one count each of possession of a firearm by a convicted felon and dissuading a witness by force or threat.

A third suspect, Ricky Valente, aka Aser, is charged with one count of accessory after the fact, having knowledge of the murder.

Lance Cpl. Carlos Segovia was shot in the head on Sept. 16 after exchanging words with the defendants, prosecutors alleged. He was declared brain dead on Sept. 20.