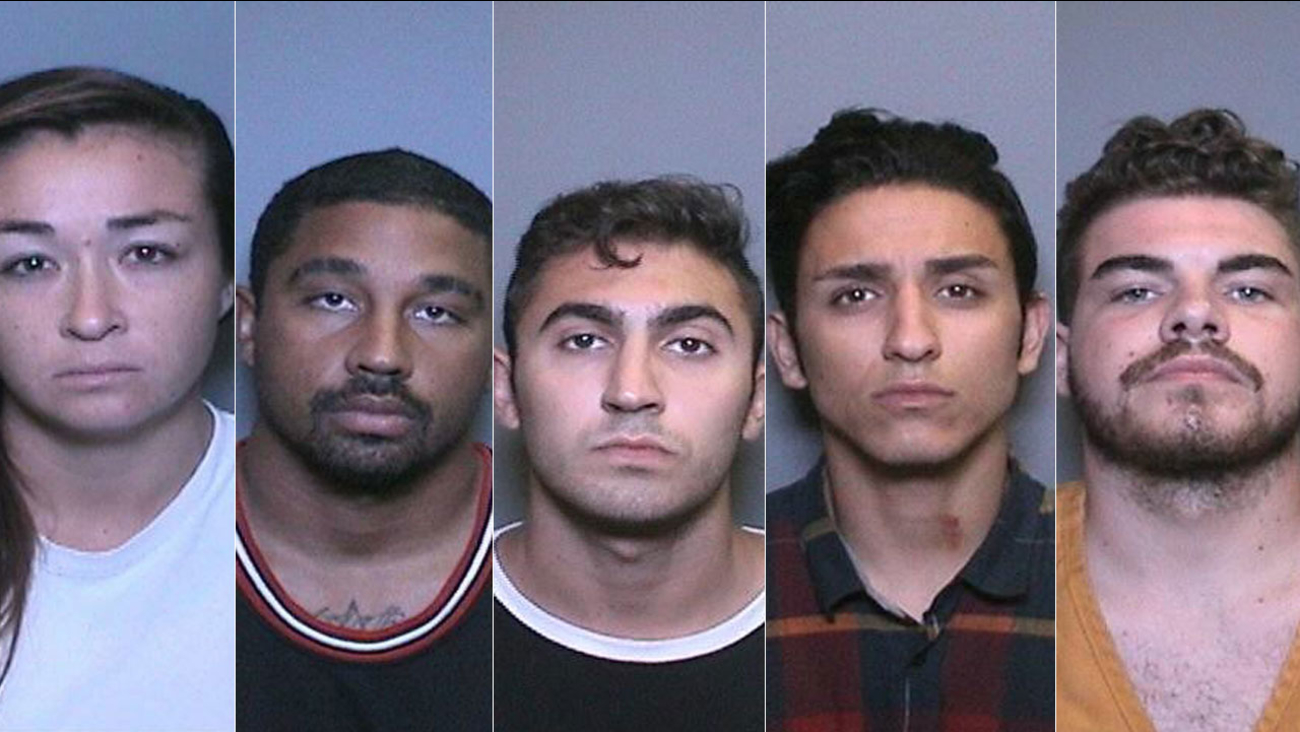 The mugshots of five suspects arrested in connection to the stabbing death of a man in San Juan Capistrano are shown above. (KABC)

All five suspects were booked on suspicion of murder and conspiracy at the Orange County Jail in lieu of $1 million bail each.

Orange County Sheriff's Department investigators said around 11:10 p.m. on July 13 a man was found dead in the creek at the end of Trabuco Creek Road.

The Orange County coroner found traumatic injuries consistent to a stabbing on the man's body and ruled it a homicide. During the investigation, the man was identified as Alvaro Rios, 38, of Perris. He had been reported missing the day before he was found.

Investigators then prepared and served search warrants on cars and residences in Orange County, which eventually led to the arrest of the five suspects.