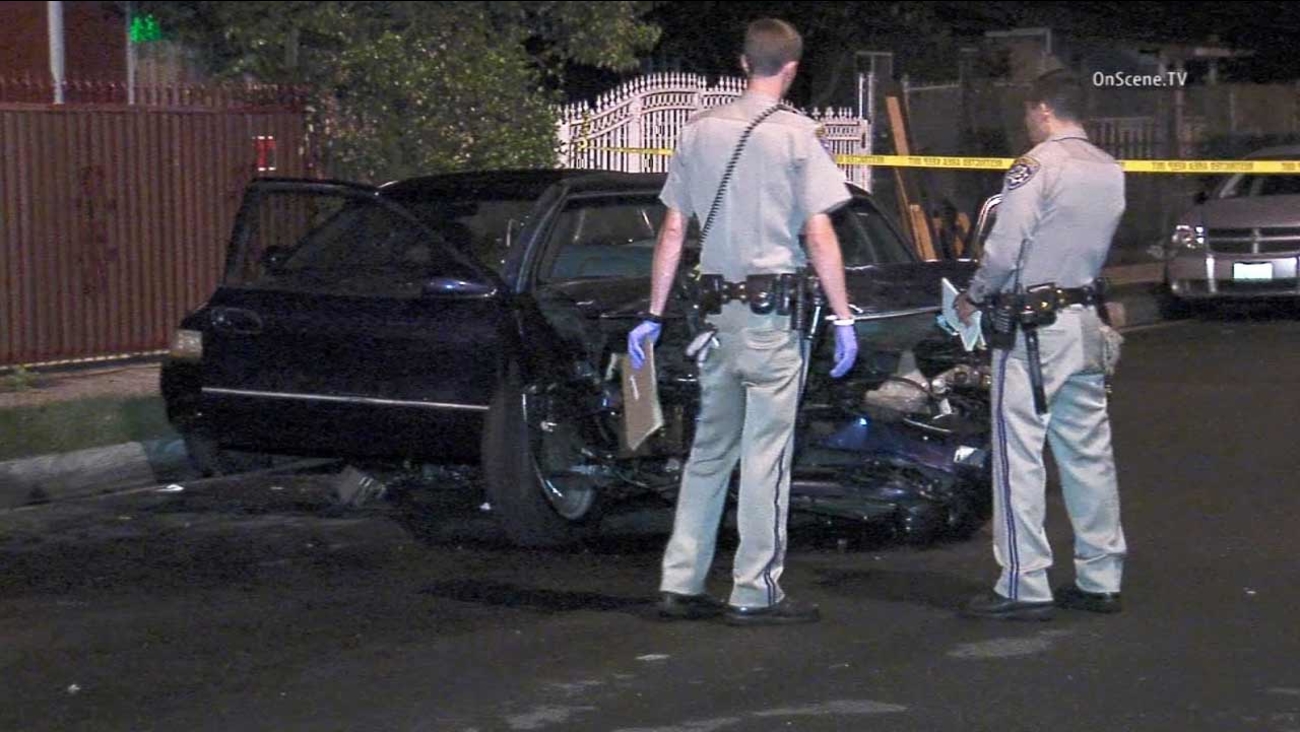 Authorities investigate a car-to-car shooting near South Compton Avenue and East 118th Avenue in the Willowbrook area on Monday, Oct. 5, 2015.

WILLOWBROOK, LOS ANGELES COUNTY (KABC) -- Authorities say a car-to-car shooting in Willowbrook may have been the aftermath of a road-rage incident Monday night.

Marcus Darnell Avery told sheriff's deputies he was shot at while driving on the eastbound 105 Freeway near South Central Avenue around 11 p.m.

He then exited and continued to drive until he slammed into a parked car near South Compton and East 118th avenues, causing the rear window of his car to shatter.

Avery was transported to Martin Luther King Jr. Community Hospital with a cut to his right leg and was later arrested for driving under the influence.