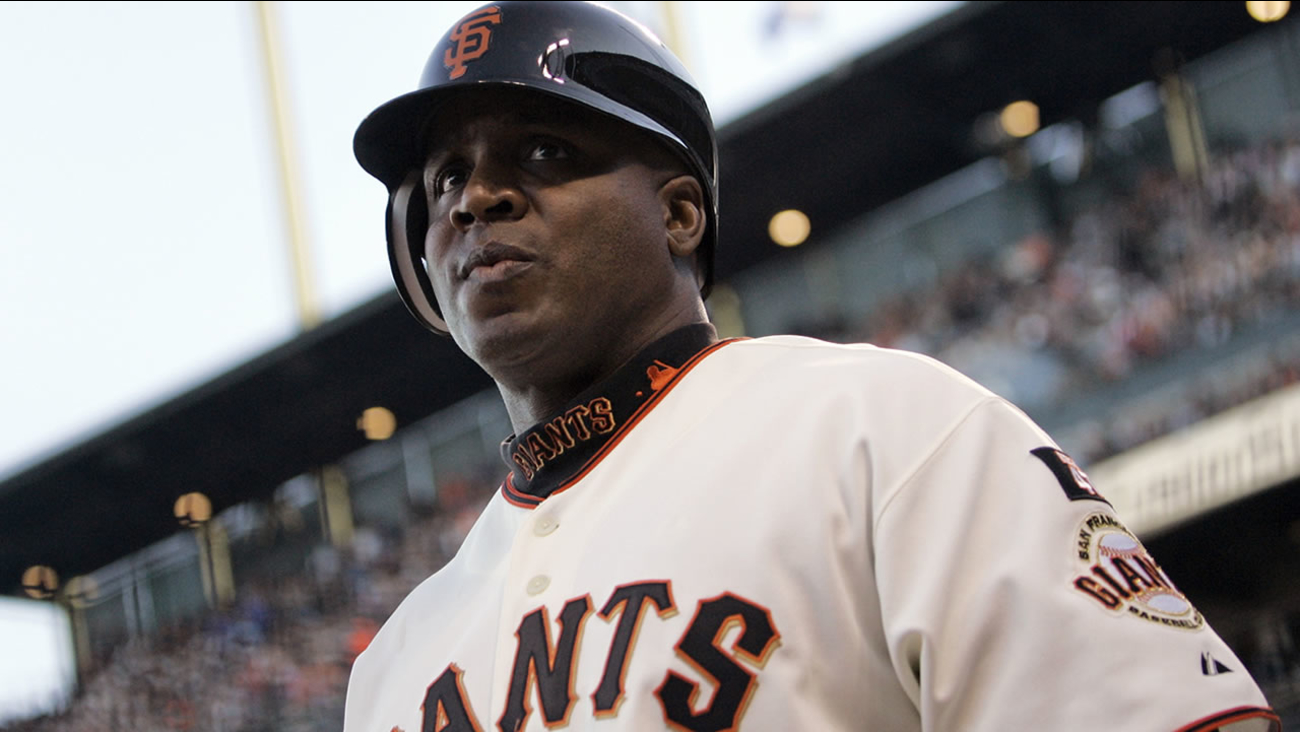 San Francisco Giants' Barry Bonds gets ready to bat during a game in this Aug. 7, 2007 file photo. (Jeff Chiu, File)

SAN FRANCISCO -- Barry Bonds has been cleared legally after 11 1/2 years in court. His reputation remains tainted in the mind of many baseball fans.

A federal court of appeals threw out the career home run leader's obstruction of justice conviction on Wednesday, ruling 10-1 that his meandering answer before a grand jury in 2003 was not material to the government's investigation into illegal steroids distribution.

"Today's news is something that I have long hoped for," Bonds said in a statement. "I am humbled and truly thankful for the outcome as well as the opportunity our judicial system affords to all individuals to seek justice."

Now 50, Bonds said "I am excited about what the future holds for me as I embark on the next chapter."

Bonds broke Hank Aaron's long-standing career record of 755 homers in 2007, finished that season with 762 and was indicted that December for his testimony before a grand jury investigating the Bay Area Laboratory Co-Operative, when he answered a question about injections by saying he was "a celebrity child."

He was convicted of the obstruction charge in 2011, and a three-judge panel of the 9th U.S. Circuit Court of Appeals unanimously upheld the conviction in 2013.

But the larger group, which listened to arguments from prosecutors and Bonds' lawyers last September, concluded there was insufficient evidence his initial evasive answer was material to the grand jury's probe.

"The most one can say about this statement is that it was non-responsive and thereby impeded the investigation to a small degree by wasting the grand jury's time and trying the prosecutors' patience," Judge Alex Kozinski wrote. "Real-life witness examinations, unlike those in movies and on television, invariably are littered with non-responsive and irrelevant answers."

Jessica Wolfram, one of the jurors who convicted Bonds following the three-week trial and four days of deliberations, said she couldn't help but feel the decade-long prosecution was "all a waste, all for nothing."

"Just a waste of money, having the whole trial and jury," she said in a telephone interview with The Associated Press.

In testifying before the grand jury, Bonds claimed he didn't realize substances he used were illegal performance-enhancing drugs. The appellate judges based their decision on legal issues involving witness testimony, not the underlying facts.

Despite holding the career and season home run marks - he hit a single-year record 73 in 2001 - Bonds has been denied entry into baseball's Hall of Fame by baseball writers. He appeared on 36.8 percent of ballots this year, less than half the 75 percent needed.

"I think sadly his reputation has been tarnished, not because of the indictment or the reversal, but because of all the PED use," former baseball Commissioner Fay Vincent said. "I think the public has made up its mind."

Roger Clemens, whose pitching feats were as accomplished as Bonds' batting achievements, also has been denied Hall entry. Clemens was acquitted in 2012 of criminal charges he lied to Congress when he denied using PEDs.

Travis Tygart, chief executive officer of the U.S. Anti-Doping Agency, called the decision "almost meaningless for the real issue, which is whether he used performance-enhancing drugs to cheat the fans of baseball."

"I think at the end of the day America knows the truth and who the real home run record holder is, who did it the right way, and it's obviously not Barry Bonds," he said.

Following the trial that opened in March 2011, a jury deadlocked on three counts charging Bonds with making false statements when he denied receiving steroids and human growth hormone from personal trainer Greg Anderson and denied receiving injections from Anderson or his associates.

Bonds was convicted for his response when he was asked whether Anderson ever gave him "anything that required a syringe to inject yourself with."

"That's what keeps our friendship," Bonds said. "I was a celebrity child, not just in baseball by my own instincts. I became a celebrity child with a famous father. I just don't get into other people's business because of my father's situation, you see."

Judges divided on their rationale, issuing four separate opinions to reverse the conviction and one to uphold it. The appeals court barred a retrial, citing a prohibition on double jeopardy.

Kozinski, writing for himself and four other judges, was concerned the obstruction statute, "stretched to its limits ... poses a significant hazard for everyone involved in our system of justice, because so much of what the adversary process calls for could be construed as obstruction."

Wolfram remembered there being some confusion among the jurors over the fact that Bonds did answer the question later in his grand jury testimony. Bonds did not testify at the trial.

Judge Johnnie B. Rawlinson, the only member of the court to back prosecutors, wrote an opinion filled with baseball references that began "there is no joy in this dissenting judge," added the judges who sided with Bonds "have struck out" and concluded "I cry foul."

The government could ask the 11-judge panel to reconsider Wednesday's decision or could request that all 29 judges on the 9th Circuit rehear the case - which has never happened since the court began using the "limited en banc" panels in 1980.

Prosecutors also could petition the U.S. Supreme Court to review the decision.

"I could not be more happy that Barry Bonds finally gets to move on with his life," BALCO founder Victor Conte said. "Let's hope the prosecutors choose not to waste any more resources on what has been nothing more than a frivolous trophy-hunt and a complete waste of taxpayer dollars."

A seven-time NL MVP and the son of three-time All-Star Bobby Bonds, Barry Bonds earned $192.8 million from the Pittsburgh Pirates and San Francisco Giants during a professional career from 1985-07 and could afford a legal team that outnumbered the government's 13-5 in the court room.

He was sentenced in 2011 by U.S. District Judge Susan Illston to 30 days of home confinement, two years of probation, 250 hours of community service in youth-related activities and a $4,000 fine. He already has served the home confinement.

"I think the 10-1 vote indicates that it was a farce," said Bonds' appellate lawyer, Dennis Riordan. "The greatest impact is the damage it undid. We had a panel opinion that said if you're asked a question on page 78 and you digress before you answer it directly on page 81, you're a federal felon."

In 2009 and '10, the 9th Circuit ruled federal agents illegally seized urine samples and testing records of major league players, with Kozinski saying it "was an obvious case of deliberate overreaching by the government." The 9th Circuit three-judge panel ruled in 2010 the government could not present positive urine samples at Bonds' trial because Anderson refused to testify and there was no witness to authenticate the evidence.