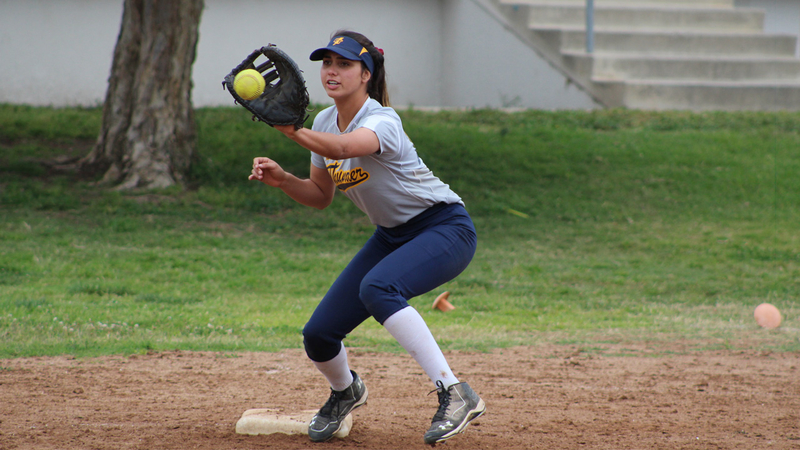 Dana Housley, 15, collapsed on the field while at bat during the last inning of her travel softball tournament at Veterans Park in Fontana Saturday afternoon.

"She walked over to coach and said, 'I'm dizzy,' and just collapsed in his hands. [He] laid her down and called the ambulance," teammate Savannah Tourville said. "It was crazy."

Housley remains in the ICU at Kaiser Permanente in Fontana. The Housley family has told the team the prognosis is grim.

Fighting back tears, California Thunder coach Angelo Michaels and his team are praying for a miracle.

"My starting first baseman, middle of lineup, big bat. She was spectacular, just a great kid, she never had an off-day and I don't mean on the softball field, she just always had a smile, always gave 110 percent and was a great teammate," Michaels said.

Her fellow teammates have taken to social media using the #PrayforDana and #DanasMiracle. The softball community across the country has joined in with prayers.

Tourville says she "just hopes she comes back."

"We have a group convo going on with our team, where we just keep on hoping and praying that she'll be OK, and we'll be able to see her again," teammate Brianna Santos said.

When Housley collapsed the game was tied in the bottom of the eighth inning, her teammates ended up winning what she started.

"We wanted to win it for her, we played it for Dana," Tourville said.

California Thunder is one of the best travel softball teams in the country and Housley was one of the star players. She was dedicated to the game she loves, a game her family wants to continue no matter what the outcome.

"Her dad said he wanted us to continue and do the things that we all had set out cause we really have a special team, and that's what we'll try to do," Michaels said.