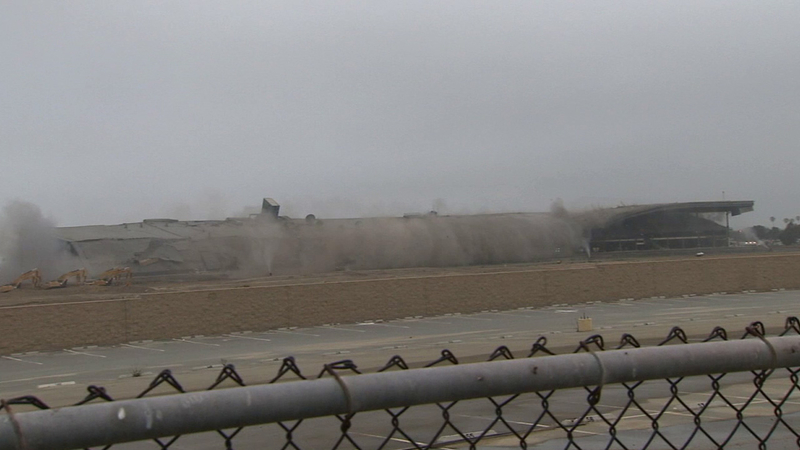 INGLEWOOD, Calif. (KABC) -- Several explosions were set off at about 6 a.m. Sunday imploding the grandstand canopy at the former Hollywood Park racetrack.

St. Louis Rams fans were out cheering and chanting "L.A. Rams," hoping to bring their team to the site.

The city of Inglewood approved plans to build an 80,000-seat football stadium on this site in anticipation of the Rams moving back to L.A.

His plans for an NFL stadium are in direct competition with a joint proposal by the San Diego Chargers and Oakland Raiders to build a $1.7 billion two-team stadium in Carson.

The NFL reportedly considers L.A. a two-team market and wants a stadium that could accommodate both teams. An NFL team has not played in L.A. since 1994.

"This is absolutely happening," Rams fan Randy Troy said. "This is the beginning of all of the construction, the infrastructure, everything is being started. Shovels will be on the ground on this site to build the NFL stadium in December. It's happening."

Under current rules, the next opportunity for a team to file to relocate would be in January 2016.