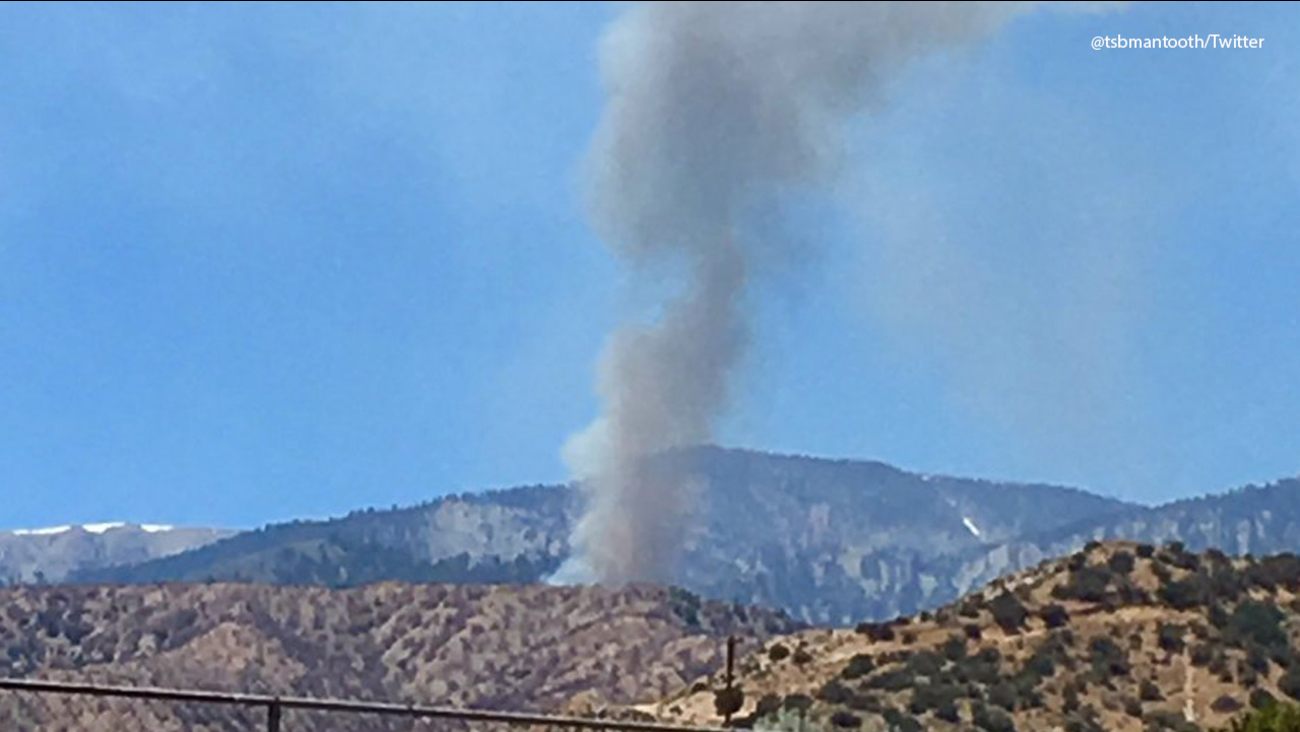 Smoke is seen in the sky from a brush fire burning in the Wrightwood area on Saturday, June 17, 2017.

The orders were lifted shortly before 6 p.m., according to fire officials. By the evening the small blaze was 45 percent contained.

The vegetation fire, dubbed the Zermatt Fire, was reported shortly before noon near Zermatt Road and Pacific Crest Drive, according to the U.S. Forest Service.

Fire officials said the blaze was 10 acres and grew at a moderate speed.

An evacuation center was set up at Serrano High School, 9292 Sheep Creek Road, in Phelan. Any livestock could be taken to the Devore Animal Shelter. Both shelters closed at 6 p.m. after the evacuations were lifted.

Highway 2 was closed at Wright Mountain Road until further notice, Cindy Bachman, with the sheriff's department, said on Twitter.